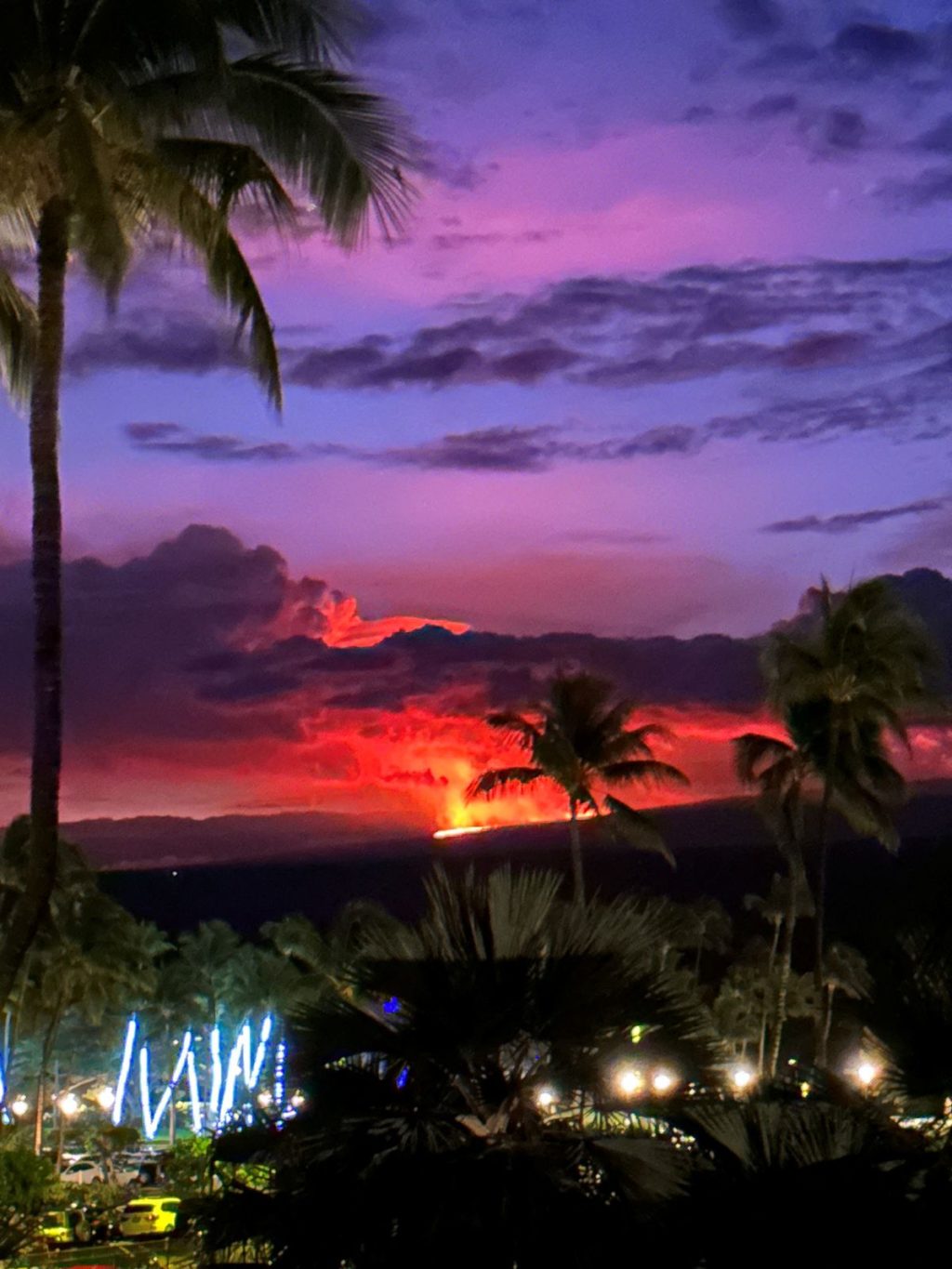 The night sky above Hawaii’s largest island glowed a hellish red as bright, hot lava sprang forth at the volcano’s summit at around 11:30 p.m. local time on Sunday (0930 GMT Monday).

The lava is contained within the summit and does not threaten Hawaiians living downslope for now, the U.S. Geological Service (USGS) said.

The service warned residents on Monday that volcanic gases and fine ash may drift their way.

Mauna Loa rises 13,679 feet (4,169 meters) above the Pacific Ocean, part of the chain of volcanoes that formed the islands of Hawaii. It last erupted in March and April of 1984, sending a flow of lava within 5 miles (8.05 km) of Hilo, the island’s largest city.

Hawaii’s Emergency Management Agency said it had opened two shelters on the island as a precaution but also emphasized that there are no signs that lava will threaten populated areas and that it had not issued any evacuation orders.

About half of all recorded eruptions of Mauna Loa had been confined to the summit, the agency said.

Read Next
Trader duped by seniors in ‘Marcos gold’ investment