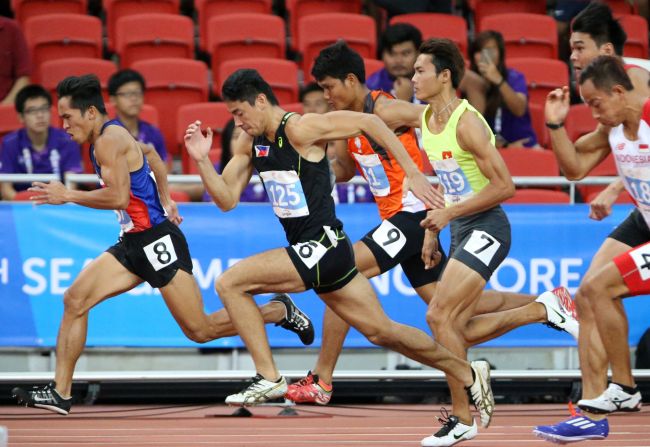 Filipinos Jesson Ramil Cid (No. 6 center in black) and Janry Ubas (No. 8) compete in the 100-meter event of men’s decathlon in the 28th SEA Games at the National Stadium in Singapore.(INQUIRER)

AS SATELLITE HOST OF 2019 SEAG

Top Cebuano sports heads expressed consolidated excitement over the prospect of the country hosting the 2019 Southeast Asian (SEA) Games after Brunei Darusallam begged off from hosting the biennial regional games due to lack of facilities and infrastructure.

Thailand is reportedly also interested in hosting the 30th SEAG but Philippine Olympic Committee Chairman Tom Carrasco hopes to beat the Thais to the draw by sending an early letter of intent to the SEAG Federation Council. 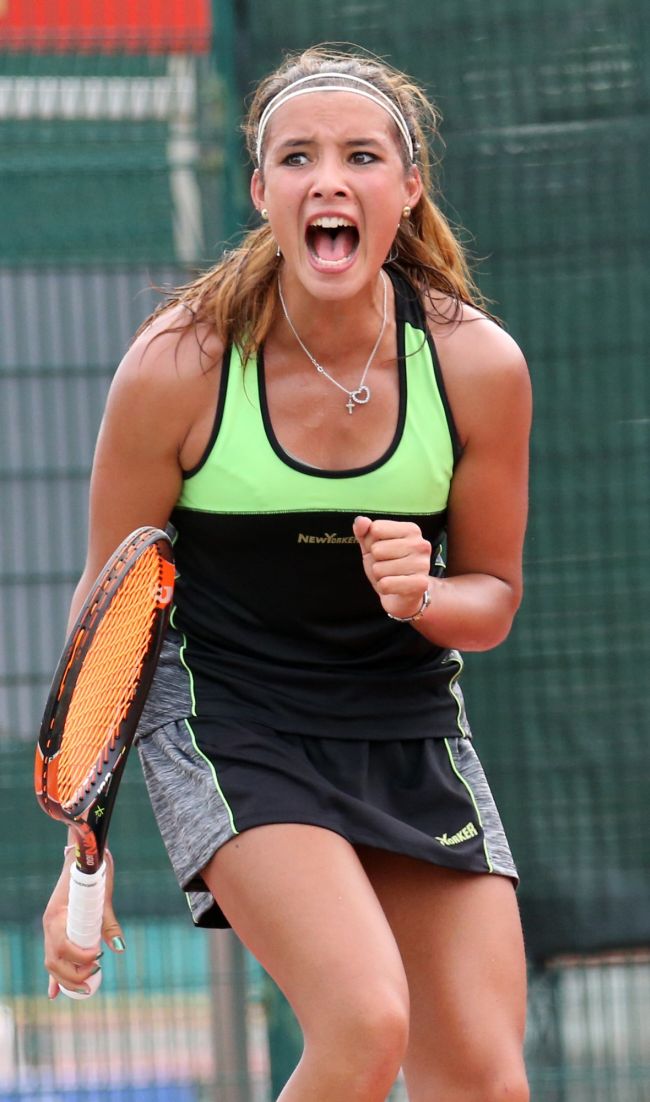 Ballesteros said that should the country host the 2019 games in a manner similar to 2005 where several cities including Cebu were used as satellite hosts, this will result in inspired performances by the Filipino athletes and boost the country’s tourism image since foreign athletes will be treated to the country’s showcase tourist spots.

“Mo level up jud ang performances sa mga Pinoys mao jud na among nabantayan and based on the feedback of the visiting delegates of 2005, without being biased, Cebu for them had the best opening and closing ceremonies compared to Manila mao nang excited kaayo mi mo host ug balik ang Cebu,” said Ballesteros.

He hopes that the planned Seaside Arena and SMX Convention Center at the SM Seaside City in the SRP would be completed in time for the 2019 games to boost Cebu’s chances as satellite host.

However, Ballesteros also thinks that Philippine sports officials might favor holding the games in one venue, possibly at the Philippine Arena in Bulacan, the world’s biggest amphitheater with a seating capacity of more than 50,000.

The 20,000-seater Philippine Stadium which is equipped with a state-of-the-art football pitch and capable of hosting multi-sporting events such as the SEA Games, is also another suitable venue.

Both colossal structures are owned by the Iglesia Ni Cristo (INC).

Hayco, on the other hand, confidently says Cebu is very ready if the province will be tapped as a satellite host.

“Yes, Cebu is very ready for this. We have the people, the resources, experience and expertise to hold a world class event. Hosting the SEA Games will be a great honor and challenge for Cebuanos.”

Hayco is the man behind Cebu’s three current Guinness World Records in sports including the biggest dance class in the world, the biggest chess tournament in the world and the world’s biggest archery lesson.