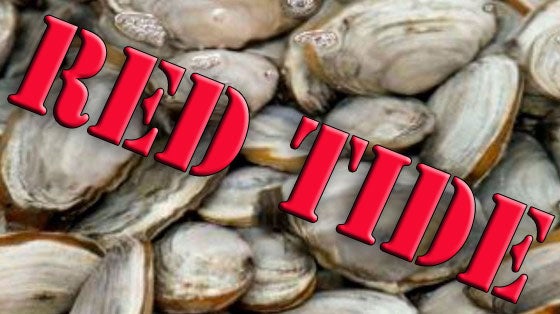 ABOUT 11 people have fallen ill after eating shellfish contaminated by red tide from the waters off barangays Totolan and Songculan, Dauis town and barangays Poblacion and Bool in Tagbilaran City, Bohol province since Friday last week.

Leo Bongalos, acting provincial fisheries and aquatic resources chief, said the results of samples they submitted to the Bureau of Fisheries and Aquatic Resources (BFAR) confirmed reports that the victims suffered from paralytic shellfish poisoning.

He said red tide or algal blooms usually occurs after a long dry spell and at the start of the rainy season.

Bongalos said they detected the presence of dinoflagellates, a red tide plankton in the coastal areas of Dauis town.

As of 1 p.m. yesterday, two residents from barangay Totolan, Dauis and barangay Bool, Tagbilaran City were confined in the hospital after eating shellfish.

The victims are confined at the Borja Family Hospital and Gallares Regional Hospital.

Three of the 11 victims have been discharged from the hospital while the eight victims remain confined.

Bohol Gov. Edgar Chatto called a meeting with the provincial and regional BFAR offices and other stakeholders after learning of the incident. He advised Boholanos to refrain from eating shellfish for the meantime.

Market chief: No ban on sale of shellfish