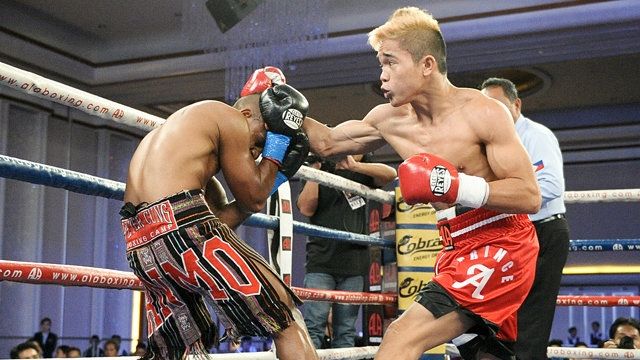 The August 7 fight card is a long-overdue follow-up to the hugely popular card mounted by ALA Promotions last September at the glimming desert emirate. PP32 will still be held at the Dubai World Trade Center.

The 23-year old Pagara, which owns an untainted record of 26 wins with 13 knockouts, will face an equally dangerous opponent in Rios who sports a record of 31 wins, 25 by knockout with seven losses and a draw.

Rios is a former WBA Fedecentro bantamweight champion who fought against former world champion Fernando “Cochulito” Montiel last year. However, Rios failed to beat Montiel after he got knocked out in the very first round.

He also got knocked out in his next bout against Jesus Rendon in the sixth round but was able to recover in his most previous fight against Aram Valle last May 15 where he scored a sixth round TKO victory.

Rios has a 65 percent knockout rating which has gotten the notice of Pagara’s camp.

According to ALA Promotions International CEO Michael P. Aldeguer, Rios has already signed the contract to fight Pagara on August 7.