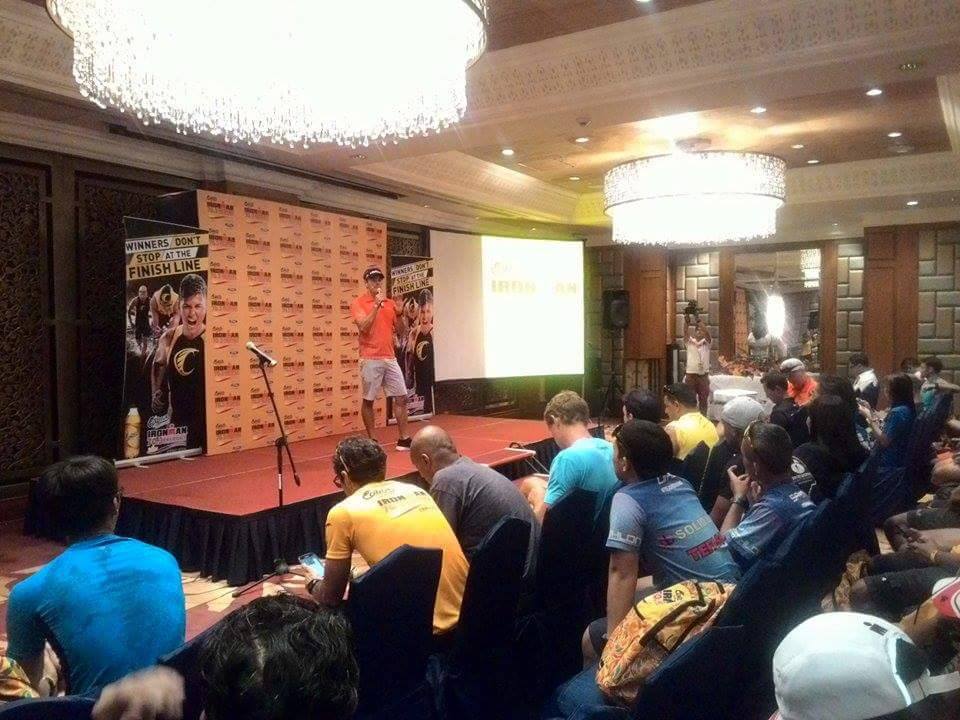 Watch each other’s back during the race.

Watson held a short forum before yesterday’s official race briefing on how to make the race a memorable experience for everyone.

Watson also hailed the organizers’ decision to adopt the rolling start in the swim leg where participants are grouped according to their split times. This way he said, there will be no congestion. He also advised swimmers to use the freestyle instead of the breaststroke where there is a bigger chance of hitting the swimmer behind you. 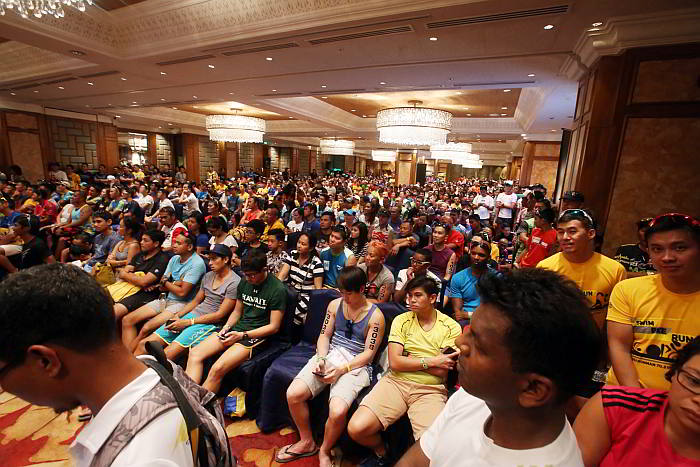 For the bike portion, Watson reminded racers to be more careful since most accidents happen in the bike leg.

When making a change in direction, bikers should make sure that the riders behind him are aware of his intentions. “Be always predictable when making sudden change of direction and hydrate yourself because accidents happen when you start to get exhausted and dehydrated,” he added.

For the run portion, he advised against doing the masculine, bouncy stride just to look good because this causes the quadriceps or the lower body muscles to get exhausted. Instead use shorter strides and stop when exhausted. And always re-hydrate.

At the end of the forum, Watson asked the triathletes: “What are you doing here? My challenge to you tonight is to go home and prepare a really good answer because at the halfway mark of the race, I guarantee you, you’re gonna ask your self that question.