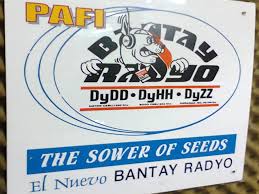 Is the temporary restraining order (TRO) issued by the court against two private entities over the management of El Nuevo Bantay Radyo carry legal effect?

As of 5 p.m. today, the trial court has not received the P1 million bond it required from PAFI Foundation so the TRO against Sarraga Integration and Management (SIAM) Broadcasting Corp. and Cebu CFI Community Cooperative Inc. can take effect.

“Usually, we are notified when a bond has already been paid. So far, however, we have not received anything yet (from PAFI),” Aileen Pacayra, in charge of the civil records of RTC Branch 9, told CDN.

Last July 30, Judge Alexander Acosta of the Regional Trial Court Branch 9 issued a 20-day TRO which prohibited SIAM from turning over the management of the three AM stations under El Nuevo Bantay Radyo to Cebu CFI.

READ: Bantay Radyo off the air after equipment seized

The court, however, emphasized that the TRO shall take effect only after PAFI Foundation will post a bond of P1 million.

“Supersedeas” bonds are posted to compensate the enjoined party for damages or losses caused by the TRO or injunction should it later appear that the moving party was not entitled to an injunction.

Sought for comment, lawyer Gonzalo Malig-on, president of the Integrated Bar of the Philippines’ Cebu Chapter, said a TRO is technically ineffective if the plaintiff failed to pay the supersedeas bond set by the court.