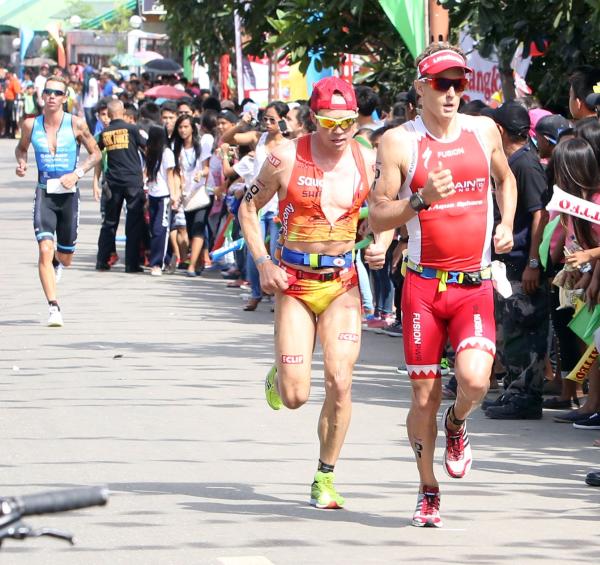 After a short rest, organizers of the recent Cobra Ironman 70.3 Philippines race will immediately get back to work as they prepare for the hosting of the Asia Pacific Championships next year.

Sunrise Events Inc. (SEI) just wrapped up its seventh hosting of the Ironman in the Philippines and fifth straight held here in Cebu last weekend at Shagri-La’s Mactan Resort and Spa.

SEI General Manager Princess Galura said this year’s race was the most successful one so far after drawing in a record-high 2,618 participants. The highlight of the event was the awarding of the hosting chores of the bigger Asia Pacific Championships to Cebu.

This is why SEI won’t rest on its laurels as it begins the planning process for the biggest it will handle next year, which is slated Aug. 7, 2016.

“We have to pack up first and go home to Manila and after next week, we will start our planning for the Asia Pacific Championships.” Galura said.

She revealed that they are planning to open the registration for the  grand event on Oct. 1.

Last year, after opening the registration for last Sunday’s race, it took just 40 minutes to fill the 2,500 slots, forcing SEI to add a hundred more slots as  400 were on the waiting list.  Galura said that for the AsPac Championships, they are expecting to draw in 2,600 triathletes.

Galura said one way to improve their hosting is to wait for the assessment of World Triathlon Corporation CEO Geoff Meyers of the race in Cebu. Meyers joined last weekend’s race and, thus, may come up with possible suggestions for next year’s event. “I’m sure that WTC will give suggestions and we are willing to listen,” said.

Nevertheless, Galura is confident they will be able to come up with a more successful race next year, considering how they got almost everything right in this year’s edition.

“A lot of people thanked us for giving them a memorable race. Most foreign participants were awed by the thousands of spectators who watched and cheered them from the starting to the finish line. They went home with  big smiles on their faces for sure.”

One thing  that Galura knows has to be improved is crowd control, especially along the bike route.
She said the medical team’s report stated that there were five who got injured in the bike leg, including four-time women’s pro champion Caroline Steffen.

Steffen said the crowd started to occupy the route when they saw a famous participant passing by, causing here to hit a spectator and fall off her bike.

To prevent such accidents to happen again, Galura said they are planning to put barricades along the bike route and double up the marshals in pivotal areas such as intersections.