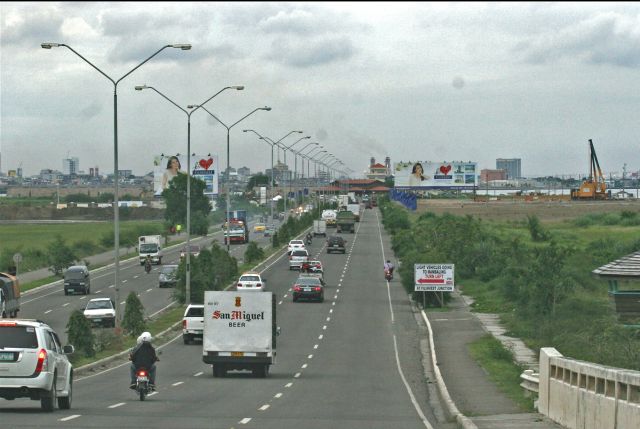 Cebu City’s 1996 loan from Japan to develop the 300-hectare South Road Properties for Y12.315 billion or P4.65 billion is payable until 2025, but Mayor Michael Rama wants to payoff the balance of over P2.3 billion right away.

CEBU CITY Mayor Michael Rama has  asked the Japan International Cooperation Agency (JICA) for its concurrence in the city’s plan to preterminate its loan for the South Road Properties (SRP).

Rama wrote  to the chief representative of JICA Philippines, through their technical staff Mae Catibog.

“It is in this regard that this Office humbly asks for the JICA’s written concurrence on this proposed prepayment. Your assistance will greatly aid the City of Cebu in realizing its objective of a debt-free City and achieving better services for the constituents of the City,”   said Rama in his letter dated October 12.

In 1996, the Cebu City government availed of a loan amounting to Y12.315 billion or around P4.65 billion from JICA to develop the 300-hectare reclamation project.

At present, the city’s loan stands at more than P2.3 billion.

Rama said in his letter that Cebu CIty has been appropriating around P500 million every year for payment of  the loan’s outstanding balance and interest.

“With the prepayment of the loan, the Cebu City Government will have adequate opportunity to allocate the annual amortization to other basic services urgently needed by the constituency of the

City of Cebu and likewise, save on billions of pesos worth of financial interest,” Rama added.

The executive department has included P2.4 billion for the loan prepayment in the city’s proposed P2.8 billion Supplemental Budget 1 (SB1), which is still pending with the  Cebu City Council.

The Council voted against deliberating on the supplemental budget due to a pending case  in court questioning the legality of using  the P8.3 billion SRP downpayment.

Aside from JICA’s concurrence, the city  needs a certification from the Bureau of Local Government Finance (BLGF) that the transaction is within the city’s debt servicing limit, Department of

Finance (DOF) and Land Bank of the Philippines (LBP) concurrence, a justification for the prepayment from the city government and a city council resolution approving the prepayment.

Read Next
Magpale: LP bets won’t be left behind