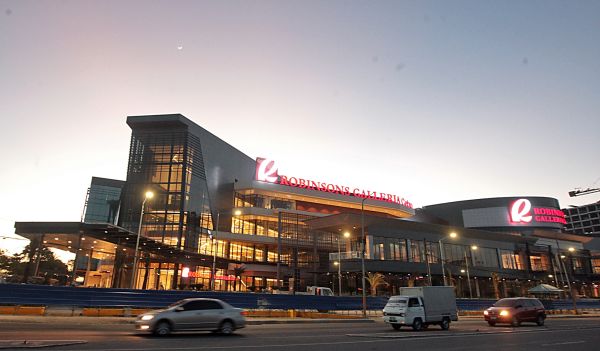 New shopping mall near Pier 4 to open on December 10

Vega also pushed for additional Public Utility Jeepney (PUJ) routes to and from Robinsons Galleria Cebu, covering areas and communities that are not served by existing routes.

“As pointed to us by our internal security and accessibility assessment, the lack of trips in the area may pose safety and security issues as customers will need to walk longer distances to avail of a public ride. The addition of more PUV trips is highly recommended,” Vega stated in her letter.

Only nine PUJ routes have direct access to the Robinsons Galleria Cebu (RGC) which mostly cover the south part of Cebu City and Mandaue City.

There are also five PUJ routes that pass around 200 meters away from the mall. These are PUJs with route numbers 10M, 01K, 10H, 21B and 24A, which cover the areas of Bulacao and Urgello in south Cebu City and parts of Mandaue City and Consolacion.

Vega recommended that these five PUJ routes be allowed to pass by Galleria.

“Barangays with high-density bedroom communities located at the Central (Lahug, Capitol, Guadalupe) and North part (Talamban, Banilad) of the City have no transportation link to Robinsons Galleria Cebu, except through PUJ route 12G,” their letter read.

Vega said the completion and start of operation of Robinsons Galleria Cebu is scheduled for December 10 while their hotel operations will start in the first quarter of 2017. Condominium units will be completed in 2019.

She pointed out that their development is a city-approved project which brings tax and employment opportunities for Cebuanos.

They are expecting an average daily foot traffic of 50,000 to be generated by the new businesses in the mall and another 6,000 work force which will be employed by the locators. With this, public transportation in the area is a “critical concern.”

“This (additional PUVs) will also benefit Cebu port passengers, Qimonda building tenants which include Cebu City Hall of Justice as well as nearby offices, hotels and residential developments in the area as we have also observed them to be in a similar situation,” Vega added in her letter.

Councilor Archival, who heads the council’s committee on energy, transportation, communication, and other utilities, referred the letter to the City Council.

During their regular session last week, the City Council agreed to schedule an executive session on November 18 to discuss the mall’s concerns and suggestions.

The council invited Vega and other officials from Robinsons, representatives from SM Prime Holdings Inc., Cebu Bus Rapid Transit (BRT) project manager Rafael Yap, the Cebu City Transportation Office and representatives of drivers’ groups to the executive session to get their comments.

Robinsons Galleria is part of a 4.7-hectare mixed-use development at the Cebu North Reclamation Area. Aside from the mall, the development will also offer 9,000 square meters of business process outsourcing (BPO) office space, a Go Hotel and residential condominium towers.