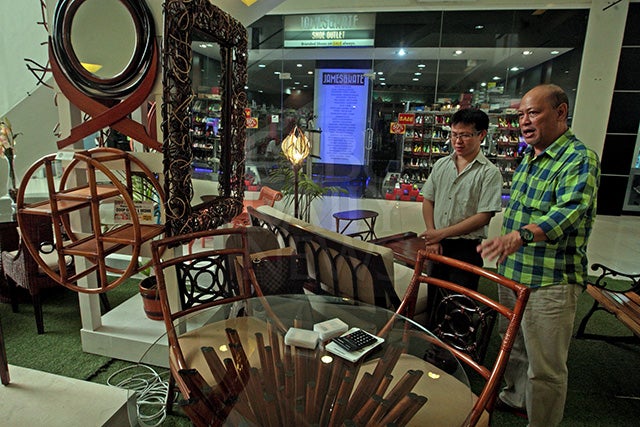 Entrepreneurs who belong to the Mandaue City Cooperative display their products in a Mandaue City Mall in this Oct. 2015 photo. (CDN FILE)

The Department of Trade and Industry (DTI) in Central Visayas will focus on strengthening the micro, small and medium enterprises (MSMEs) as well as providing help to exporters this year.

“We hope to level up (businesses) through our programs to become social enterprises and also strengthen our assistance for exporters and toward tourism retail,” DTI regional director Asteria Caberte said.

She was optimistic that the global market will bounce back this year and the export sector will recover. Export sales declined throughout 2015.

To help small businesses compete in an integrated environment under the AEC,  the agency will focus on weaning small businesses from being dependent on grants or government financial assistance to make them sustainable.

Caberte said DTI has lined up seminars and trainings to transform small businessmen into social entrepreneurs and build their capability to compete.

The 10 members of the Asean  formed an economic community that will lead toward a single market, which will allow the free flow of goods, services and human resources across the region.

Caberte said that through the pro-active stance of DTI in improving businesses in the country, most, if not all of the MSMEs are ready to embrace the entry of foreign businesses under an integrated economy.

“Of course, businesses are worried. But they are ready,” she said.

Caberte noted that the integration is a process that started five years ago. Since last year, she said some sectors have felt its impact with the entry of foreign businesses in the country.

The AEC is also expected to bring about an increase in tourist arrivals in Cebu, thereby increasing the travel and tourism retail in the region, she added.

“Tourist arrivals have doubled in the past five years,” Caberte said, anticipating that 2016 will be no different.

To help businesses market their products, DTI will launch its annual Sinulog Trade Fair and Bazaar on January 8. The bazaar will feature the various products of Cebu, including gifts, toys and houseware (GTH), fashion accessories and guitars.