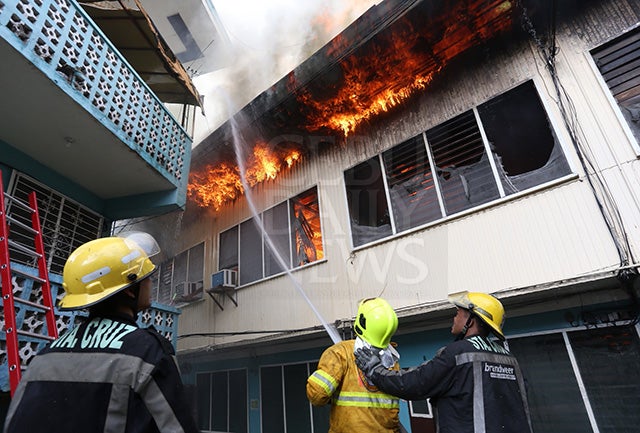 FIRE fighters in Cebu City had to deal with two fire incidents that broke out  two hours apart yesterday.

The first happened at 8:33 a.m. It damaged an apartment building on M. Velez Extension in barangay Capitol Site.

At 10:25 a.m., firefighters also responded to another fire alarm that hit a restaurant inside a mall on Colon Street in downtown Cebu City.

The rest of the units were damaged. Daño said the fire started at door number 1 but the cause had yet to be established.

The fire was raised to second alarm before it was put under control at 8:50 a.m.

Firefighters were still conducting clearing operations at the Amadora building when they received another fire alarm from the customer service personnel of Gaisano Capital South on Colon St. at 10:25 a.m.

FO1 Welyn Mabilog said the fire broke out at the portion of Mang Inasal restaurant but was placed under control in 12 minutes or 10:37 a.m.