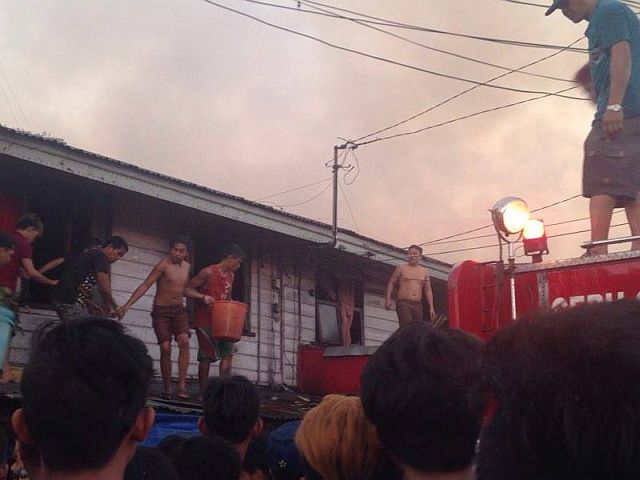 Residents of Duljo Fatima are trying to help fire fighters to put off the fire. (CDN PHOTO/ JULIT JAINAR)

Around 30 houses were razed by a fire that hit sitio Micabaja Spolarium barangay Duljo Fatima, Cebu City at 5:02 pm Sunday.

Damages were pegged at P400,000. The fire was put out several minutes later.

Read Next
Peace preached in opening Mass for IEC