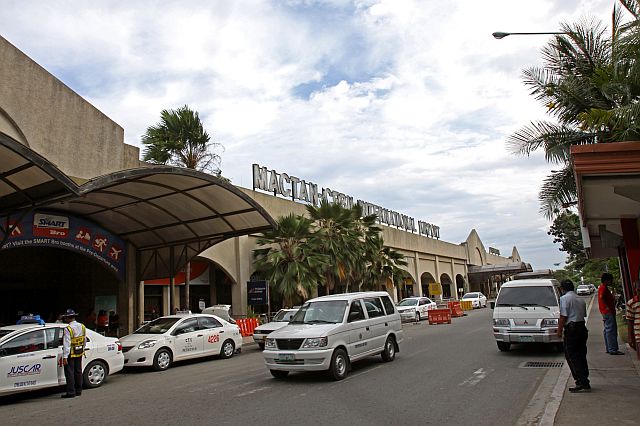 A policeman assigned to the Aviation Security Unit (Avseu) at the Mactan Cebu International Airport (MCIA) was yesterday relieved from his post and subsequently denied access to security areas at the airport amid allegations that he extorted money from a passenger claiming to be  victim of a “tanim bala” (bullet planting) incident.

Senior Supt. Raul Baragamento, the MCIA Avseu chief,  yesterday said he ordered the immediate relief of PO3 Alcestes Roxas and took away his access pass at the airport pending an investigation into the allegation made by a passenger, a fireman from Guimaras, who was bound for Iloilo City on March 5. Attempts to reach Roxas for his side failed.

This was the first time that a “tanim bala” allegation was raised against MCIA’s security personnel, coming just four months after airport officials here assured the public that no such syndicate operates at the airport.

The assurance was issued amid the raging controversy over the bullet-planting scam that had victimized countless passengers at the Ninoy Aquino International Airport (NAIA).

MCIA general manager Paul Villarete said the allegation was “grave” and “demeaning” to MCIA and will be thoroughly investigated.

“We have worked hard to ensure that MCIA is ‘laglag-tanim-bala-free’ and we want to keep it that way,” Villerate told Cebu Daily News by phone yesterday.
PO3 Roxas was accused of allegedly extorting P2,000 from a passenger from whose backpack two bullets – a live  M16 ammunition and the empty shell of a .45 caliber pistol – were  found after it passed through the airport’s X-ray machine but which the passenger alleged were planted in his luggage.

Upon investigation, Roxas, who has been assigned to the MCIA Avseu since 2007, admitted approaching the passenger when the latter was held after two bullets were found in his backpack but denied he extorted money from him.

Bargamento however said he was “not contented” with Roxas’ explanation and directed the policeman to submit a sworn affidavit in two days.

Bargamento said he also asked the Office of the Transportation Security (OTS) and GMR Megawide Cebu Airport Corp., the airport’s private operator, for CCTV footage starting from the time the passenger’s bag passed through the X-ray machine and up to the time when the same passenger went to a restroom where he allegedly handed the money to Roxas.

Jemar Nietes, Head of the MCIA OTS, however, insisted that what happened was not a case of “tanim bala.” He  maintained that  a live bullet and an empty shell of .45 caliber pistol were indeed found in the bag of the passenger.

After the bullets were discovered, he said the security screening officer immediately called for Avseu assistance and turned over the passenger to Roxas.

“We don’t know what happened next. But as long as we turned over the subject passenger, it’s up to the police what they will do next,” said Nietes.

But Bargamento said the Avsue has no record in its blotter that a person was arrested for possession of bullets last Saturday.

Villarete said the passenger, whom he was able to talk to the phone yesterday, promised to send him a sworn statement on the incident and a notarized complaint involving the alleged bullet planting and the extortion perpetuated by the policeman.

Villarete said he got hold of the phone number of the passenger from  a Lemuel Gallo,  who on Thursday  posted  on Facebook the incident that allegedly happened to his relative.

He said that once he received the complaint, it would be submitted to Philippine National Police (PNP) Aviation Security Group (ASG).

Villarete said the OTS and Avseu also tried to reach Gallo but the latter has pulled out the post on the alleged “tanim bala” incident and deactivated his account.

Still, Villarete said that they would proceed with the investigation to get to the bottom of the allegation.

Pending investigation, Villarete said he also suspended Roxas’ access to all security areas inside the airport as a matter of procedure.

Villarete said MCIA authorities would not tolerate  extortion,  much less a bullet planting syndicate,   in the airport and would pursue cases against those who might  be involved in such crimes.

He also advised the passengers to double check their luggage before heading for the airport as there had been many instances in the past when they would be found carrying prohibited items, including bullets.

“Taking extra effort to check (your luggage) will prevent long explanations at the airport screening areas. The screeners are just doing their jobs to keep you safe,” he added.

Gallo, in his FB post, claimed that his relative and several members of the latter’s family had a box, a trolley, four backpacks, four paper bags and a black sling bag that went through the X-ray machine when they checked in for their flight to Iloilo City.

After check-in, they went back out of the check-in area with their hand-carried luggage, including the backpack in question, to eat at an airport restaurant.  But when they went back in and passed through the X-ray machine, the same personnel who operated the machine informed them about a bullet inside the backpack.

“When we opened it in their presence, there is no bullet inside our bag…  one of the OTS (Office for Transportation Security) got our bag and let it pass (through) the X-ray machine again and to our surprise, there was already a bullet inside our bag,” Gallo quoted his relative as saying.

The passenger further claimed  that after an live M16 ammunition and an empty shell of .45 caliber were removed from the bag,  an airport policeman came and  brought them to a holding area.  When he asked the policeman  what would he need to do so he and his family could leave, the policeman reportedly answered

“Meron ka bang baon (Do you have money with you)?”

The passenger  claimed he  offered P2,000 and the policeman agreed. They then went to the nearby restroom where he allegedly gave two P1,000 bills to the policeman.  The passenger and his family were then allowed to board their flight to Iloilo City,  Gallo’s post said.

Only in November last year, Cebu airport officials issued the assurance that there was no “tanim bala” syndicate at MCIA even if about a hundred bullets were seized each month from passengers.

Villarete then assured there was no need for passengers to fear finding bullets planted in their luggage as it was not unusual for some passengers to bring bullets, mostly empty shells converted to amulets, key chains or souvenirs.

In those instances, Villarete said the bullets were confiscated and the passengers allowed to proceed and board their flights.
MCIA is the second busiest international airport in the country that serves over a thousand commercial flights a day. It catered to nearly 7 million domestic and international passengers last year.

The airport, which is built for 4.5 million passengers, is currently being expanded under a P17.5-billion project through new airport operator GMR-Megawide Cebu Airport Corp.

Read Next
‘I’m the legal wife’