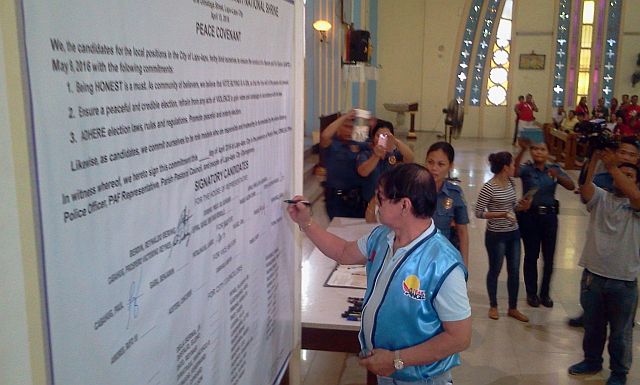 The covenant signing officiated by parish priest Fr. Leonardo Cabrera was witnessed by police officials and a representative of the Commission on Elections (Comelec).

Incumbent Mayor Paz Radaza and her slate signed the agreement along with rival mayoral candidate Rolando Patalinjug and his PDP-Laban Party slate.