THE Provincial Board of Canvassers (PBOC) official proclaimed Cebu Gov. Hilario Davide III as the winner of the gubernatorial race Saturday evening. 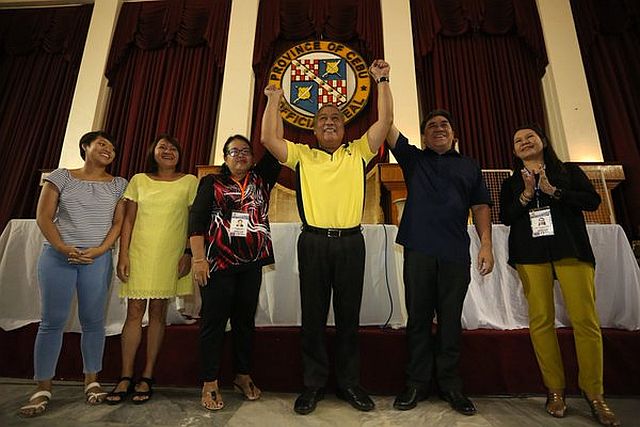 Reelectionist Rep. Wilfredo Caminero (LP), garnered 81,167 votes from the whole second district to win but he was proclaimed in absentia.

Meanwhile, Glenn Bercede (LP) and Jonkie Ouano (One Cebu) were also proclaimed winners of the Provincial Board race in the sixth district with 104,216 votes and 103,932 votes respectively.

Results from Cordova were successfully transmitted to the PBOC at 6:16 p.m. on Saturday, completing the board’s canvass of poll results in Cebu province.