Brace for another traffic experiment 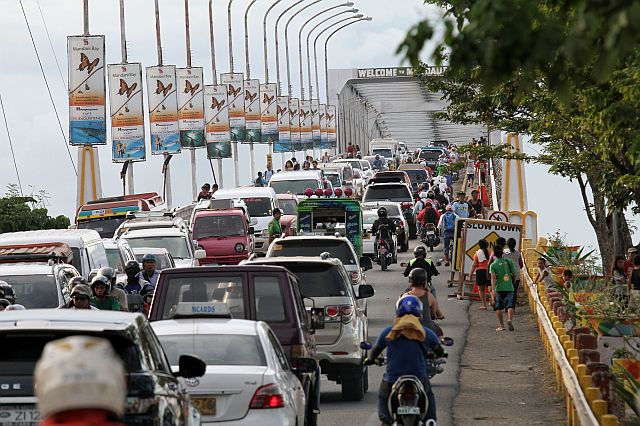 Another traffic scheme will be held either on Tuesday or Wednesday. (CDN FILE)

“Bear with us and brace for another experimental traffic rerouting scheme this week.”

This was the appeal of Frank Brazil, City Traffic Management System (CTMS) chief of Lapu-Lapu City, to motorists and commuters yesterday.

He announced that another one-day experiment of another traffic scheme will be held either on Tuesday or Wednesday this week, with the approval of Mayor Paz Radaza and the City Council.

He said they decided to come up with another scheme after they received complaints about the dry run last Saturday.

Based on their assessment, Brazil said traffic flow last Saturday morning was fine.

But there was traffic buildup from noon until the evening and hundreds of commuters had difficulty getting rides.

If this second scheme is successful, Brazil said he would recommend its implementation while the bridge is still under repair.

For the second dry run, Brazil said they would deploy more than 20 traffic personnel along the M.L. Quezon National Highway and on the two bridges.

Aside from the experimental traffic rerouting schemes, Brazil said the CTMS is also considering the use of a number coding system with higher penalties for violators.

He said they were also considering a ban on motorcycles in the first bridge since most accidents there involved motorcycles.

Read Next
5 things Cebuanos might miss while in Seoul