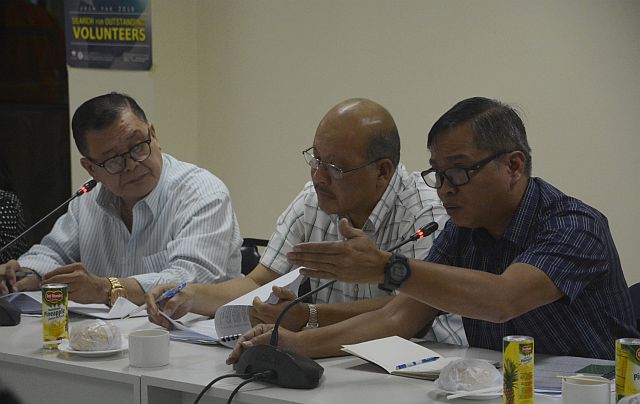 Infrastructure development planners yesterday asked the Department of Public Works and Highways (DPWH) and the Mega Cebu Development and Coordinating Board (MCDCB) to compromise and come up with a unified approach to solve the traffic congestion at the U.N. Avenue-Plaridel Street intersection.

DPWH wants to construct a P2-billion tri-level flyover project in the area while Mega Cebu has proposed a channelized flared intersection that will cost only P55 million.

A meeting has been set today to focus on the commonalities of the two proposals and possibly come up with a compromise.

“This involves a big problem. I would like this committee to leave the legacy of being able to help solve the traffic problem in the area. I think you should sit down and give it a little time,” Emmanuel Rabacal, chairman of the Infrastructure Development Committee of the Regional Development Council, told DPWH and Mega Cebu representatives during their meeting yesterday.

“We have high respect for Mega Cebu and we’d like to prioritize your projects,” he said during the meeting yesterday.

But for the U.N. Avenue-Plaridel Street intersection, DPWH had set aside P500 million in the 2016 General Appropriations Act (GAA) to partially fund the proposed flyover project, which will include a P1-billion underpass, P500-million left-turning flyover and improvements worth P500 million.

Fortunato Sanchez Jr., chairman of the MCDCB-Infrastructure and Utilities Subcommittee, presented a video yesterday to support a proposal for a channelized flared intersection instead.

“There will be savings of P1.9 billion which can be used to develop more traffic solutions on a much wider scale within the vicinity of the intersection,” Sanchez said.

A flared intersection, estimated to cost only P55 million, expands the cross-section of the street. Channelization directs vehicles approaching an intersection to definite paths to reduce possible conflicts.

With P1.9 billion in savings, Sanchez said they could put up nine flared intersections with traffic lights, additional four lanes on the Butuanon Bridge, 20 pocket lanes and a 5.4-kilometer four-lane Ibabao-Basak bypass road.

Sanchez suggested that the P500-million budget set aside by DPWH for its proposed flyover be realigned to fund their proposed flared intersection instead.

Sanchez said construction of a flyover would not ensure smooth traffic flow because there are traffic lights at the Pacific Mall intersection and A.C. Cortes-Plaridel intersection 900 meters and 1,200 meters away, respectively.

Efren Carreon, National Economic and Development Authority (Neda 7) director, said there should be a focus on the commonalities of the two proposals instead of the differences.

“We all know P500 million is not a big amount, but perhaps that can be allocated for the common aspects such as the acquisition of road-right-of-way and road widening,” said Carreon.

Sanchez, Paylado, Carreon and representatives from the city governments of Mandaue and Lapu-Lapu are expected to meet today to decide which commonalities will be pursued first.