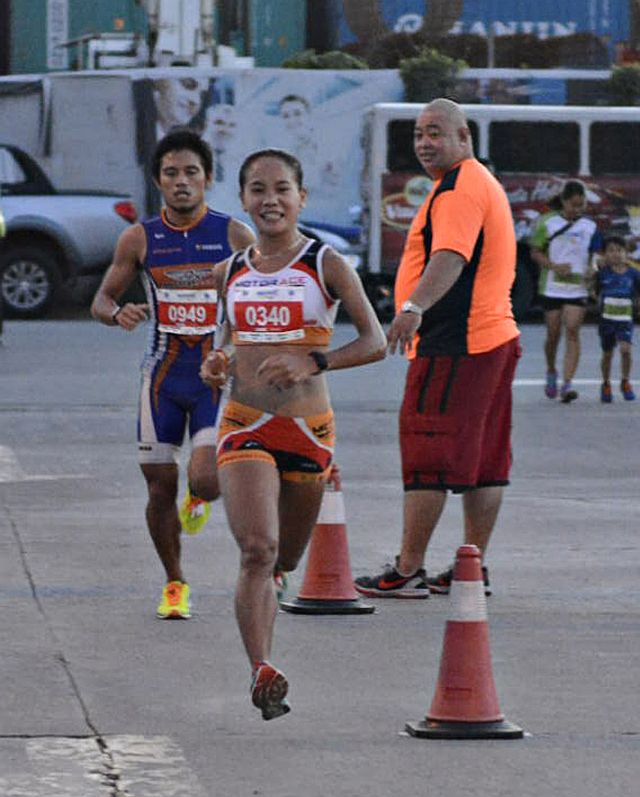 John Philip Dueñas, the trainer of the country’s Marathon Queen Mary Joy Tabal, is optimistic that his multi-titled ward can compete in the Olympic Games in Rio de Janeiro, Brazil this August.

The 26-year-old Tabal made the qualifying time for women’s marathon in the Rio de Janeiro Olympics when she finished the recent Scotiabank Ottawa Marathon in Canada in two hours, 43 minutes and 31 seconds, more than a minute clear of the Olympic qualifying time of 2:45:00.

But Tabal couldn’t be officially named as a representative of the country to the Olympics because of a conflict with the Philippine Amateur Track and Field Association (Patafa), the country’s governing body for athletics.

Tabal left the confines of the Patafa a few months after winning a silver medal in the Southeast Asian Games women’s marathon event in 2015 and chose to train on her own. She has since been supported by the Motor Ace Racing Philippines/Kawasaki team.

For Tabal to be able to compete in the Olympics, she should be reinstated into the national team. In order for her to do that, the Patafa requires her to drop her corporate sponsor, the Motor Ace Racing Philippines/Kawasaki. This is a a requisite to become a national athlete under the Patafa.

Dueñas told Cebu Daily News that Tabal is willing to comply and follow all the required processes to be reinstated to the national team just so she could compete in the Olympics.

“We are very willing to comply as long as it’s good for us all,” Dueñas said.

But would that mean they are willing to drop Motor Ace Racing Philippines/Kawasaki, which funded her training in Japan and her stints in the Boston Marathon and Scotiabank Ottawa Marathon?

Dueñas said they haven’t tackled that issue yet but said they will be meeting with Motor Ace once Tabal gets back from Canada on Sunday.

“I am very hopeful that she will be part of the national team for the Olympics,” Dueñas added.

Should everything go smoothly regarding Tabal’s case, she will be the third member of the Philippine athletics team. The other two are Eric Shaun Cray (men’s 400-meter hurdles) and Marestella Torres-Sunang (women’s long jump).