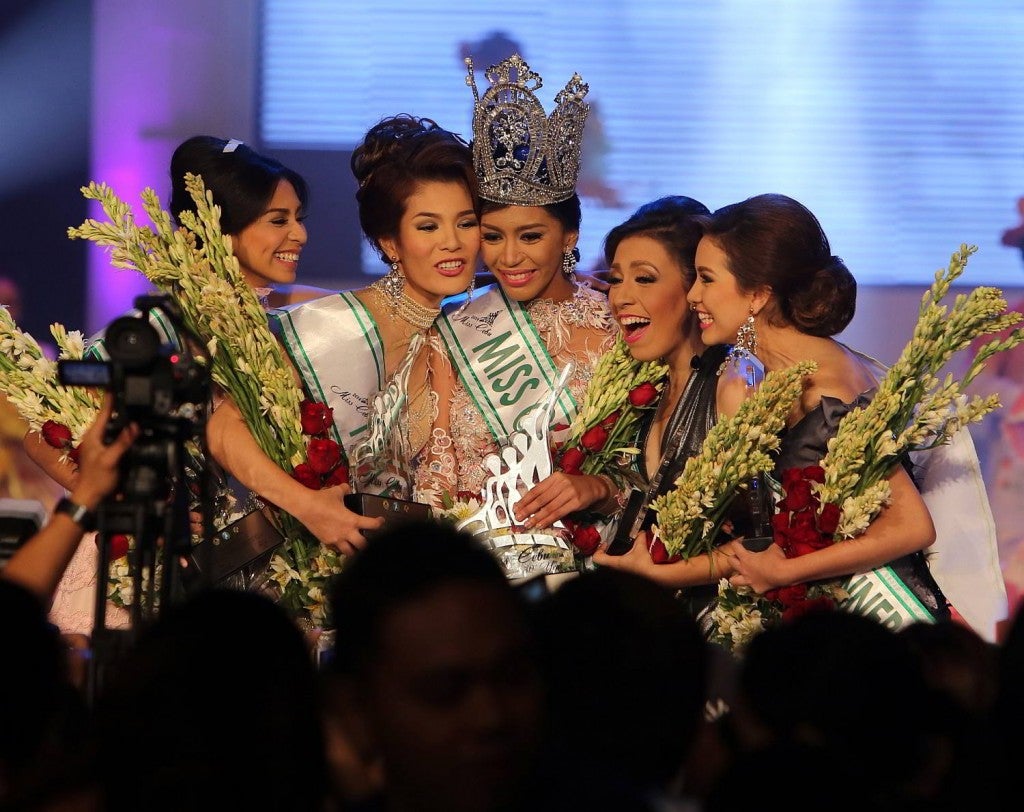 A political science student of the University of the Philippines-Cebu was crowned Miss Cebu 2014 at the Waterfront Cebu City Hotel at past 10 p.m tonight.

Nineteen-year-old Cheriemel Diane Muego’s answer about the unity and oneness of Cebuanos with the rest of the country won over both the judges and the audience.

“We cannot make a parallel comparison with Hong Kong, Singapore and Cebu. The idea of Cebu becoming independent is absurd. We will become a country within a country. We will have logistical problems. Being our own republic is like cutting our umbilical cord from our country. If Cebu were a separate country, we will face greater challenges… we will have problems protecting our own… we will have insecurity in our borders,” Muego said during the preliminary question and answer portion.

When asked what she can do as Miss Cebu for the Yolanda typhoon victims, Muego replied that she already did by sparking a sense of volunteerism among the youth. I believe that power is in the collective and it’s only if we march forward in unison together that we can achieve our goals and inspire others that we can give hope to people to rise again,” Muego said.

An elaborate dance number kicked off the Miss Cebu 2014 pageant held at the Waterfront Cebu City Hotel this evening. Clad in black and white attire, the 12 contestants danced with Miss Cebu 2013 Neesha Lucero Murjani and several dance groups to the delight of the audience.

The 12 candidates later went on stage wearing their evening gowns. Candidates 1 to 3 wore gowns by designer Barbie Alvez, while candidates 4, 5, and 6 wore those designed by Yvonne Quisombing. Candidates 7, 8, and 9 wore gowns by Protacio, while contestants 10, 11, and 12 wore gowns designed by Edwin Ao. Local awards were given by TV host Jonathan Cimafranca and Miss Cebu 2009 Kris Janson.

“Artist Ko” members performed their local Cebuano hit “Matahum nga Cebu” followed by a lineup of past Miss Cebu finalists and winners from the early 80s to the millennium. During the question and answer portions, candidate number 3 Hannah Marie Gore and candidate number 8 Cheriemel Diane Muego drew the most applause.

Read Next
Palace maintains: No more PDAF, no legislator role in post-budget execution