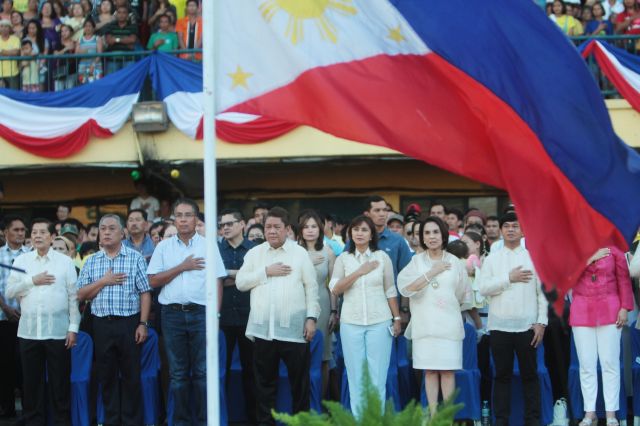 Six years after leaving Cebu City Hall for a short-lived stint in Congress and an initial failed bid to reclaim the mayoral post, Cebu City Mayor Tomas Osmeña pledged to carry out at least four things during his term.

In yesterday’s speech to loyalists of the Bando Osmeña-Pundok Kauswagan (BO-PK) at the Cebu City Sports Center, Osmeña said he will give free medicines to all Cebu City residents especially the elderly.

The mayor said he will do this despite opposition from the City Council which will be dominated by councilors allied with Team Rama.

The three-member council approved a P6.06 billion budget for the city this year (see related story on Page 31).

“And we will deliver this to you, just give me time. I will have the medicines delivered to your house every day so you can take it and cut down on your expenses and the city will save on hospital expenses,” he told supporters.

He said he will ensure free medicines in lieu of luxury cars, a reference to the dogged refusal of barangay officials allied with Rama to return their city-issued vehicles for inventory.

Osmeña also said he will reclaim the South Road Properties (SRP) lots sold by Rama to SM, Ayala and Filinvest and turn around the city’s finances.

He likewise vowed to crack down on drug dealers and discipline errant City Hall employees.

“Hatag kog warning sa tanang mga pushers. Mahadlok sila ni (President-elect Rodrigo) Duterte, kinahanglan mas mahadlok sila sa June 30 (I will give a warning to all drug pushers. They are more afraid of Duterte; they need to be more afraid of June 30),” Osmeña said which earned laughter from the audience.

Though BO-PK supporters wore blue and yellow, the Cebu City Sports Center was awash with the colors white, blue and red during yesterday’s oath taking rites of Osmeña and several councilors and two legislators under the BO-PK banner.

They were sworn into office by Vice President-elect Leni Robredo before an estimated crowd of 10,000 people.

“Mao kini akong primerong inaugural speech nga way VIP. Apan kamong tanan ang nahimong VIP (This is my first inaugural speech with no VIPs. But you are all my VIPs),” Osmeña said in his speech.

Osmeña said yesterday’s inauguration was by far the simplest he held with no fanfare whatsoever.

“How much did I spend for the inauguration? No band, no choir, no parade, no food. No P20 million budget, no five star hotel. But the most expensive thing here is your hearts,” he told his supporters.

In his speech, Osmeña promised the people to take back the SRP lots sold by outgoing Cebu City Mayor Michael Rama to SM, Ayala and Filinvest.

Osmeña also took occasion to chide Rama for allegedly mismanaging the city’s finances as evidenced by the Commission on Audit findings that showed Cebu City incurring a P6.2 billion deficit.

Osmeña said with that amount, Cebu City has more than enough funds to build the third Mactan Bridge which he estimated to cost P3 billion.

Osmeña said Cebu City can become the number one city in the country as long as he secures the support of city residents and City Hall employees.

In “cleaning house” at City Hall, Osmeña said he expects to face hostility from department heads and employees alike.

“Palihog lang, naa sa inyong mga kamot (I ask of you, it’s in your hands), you have to make a sacrifice. If there are no sacrifices, we will still be there but we will not be number 1. Akong plano gyud (My plan is) some people will not like what I’m doing, ilang sulti strikto kaayo (they will say I’m too strict),” the mayor said.