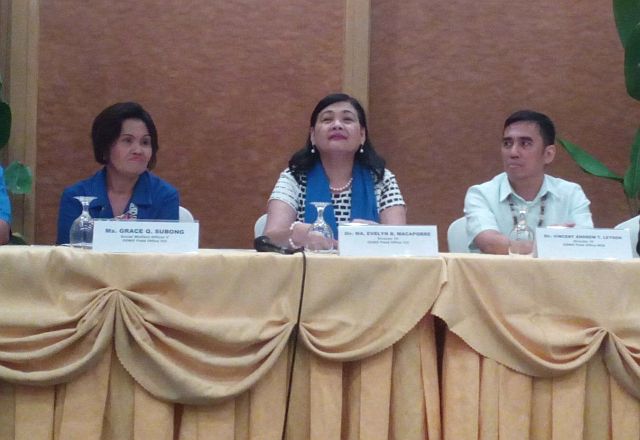 THE Department of Social Welfare and Development in Central Visayas (DSWD-7) launched its second Listahanan Database for Central Visayas at the Cebu Parklane International Hotel on Monday morning.

Formerly known as the National Household Targeting System for Poverty Reduction (NHTS-PR), the database gathers information of all the poor households in Region 7.

Macapobre also added in a press conference that the number of assessed households is higher than the first round of assessment in 2009, where around 314,000 poor households were identified out of around 700,000 households assessed.

“It increased because our coverage has also widened,” Macapobre said in Cebuano.

Ruben Boybanting, Project Development Officer of DSWD-7, said that the municipality of Dalaguete in southern Cebu was the first LGU to be awarded the Gawad Listahanan 2014 in the national level.

Leyson added that the database can be accessed for free. /UP Cebu Intern Amy A. Macalinao