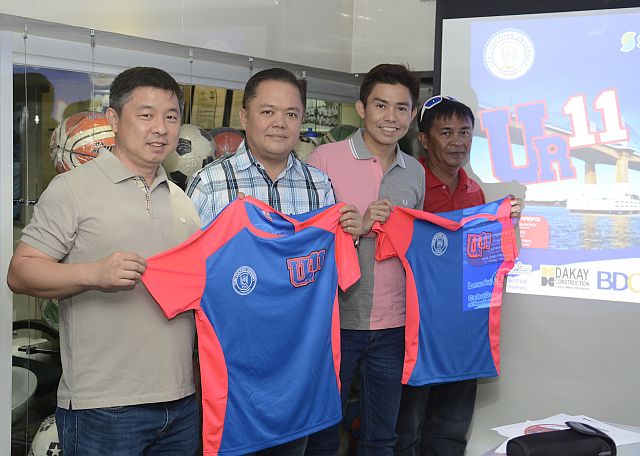 Organizers of the upcoming 11th University Run are expecting more runners to join the footrace that is slated on Aug. 28.

The annual race, which offers 25-kilometer, 13k, 6k and 3k distances, will start and end at the Cebu Doctors’ University (CDU) campus at the North Reclamation Area in Mandaue City.

Organizer Dr. Potenciano “Yong” Larrazabal III said he and his team have coordinated with the Cebu Schools Athletic Foundation Inc. (Cesafi) to gather more runners from other member schools. Because of this move, organizers are expecting around 3,000 to 4,000 to join this year’s edition of the race that is held in line with the annual intramurals of CDU.

“Our main motivation of staging this running event year by year is to provide runners a fun-filled run which they will remember,” Larrazabal said during yesterday’s launching at the Run for Sight Foundation office.

Larrazabal said one of the reasons why the race has survived for so long is because it is “made by runners for runners.” He also said that one of the motivating factors of the organizers to continue with the event is the help it gives to the charitable activities of the Run for Sight Foundation.

The University Run is known to be the only running event in Cebu whose route for the 25k race passes through three major bridges: the Mandaue-Mactan Bridge, Marcelo Fernan Bridge and the Cansaga Bridge.

Registration can be done at the Run For Sight Foundation office at the CDU Hospital along Osmeña Boulevard or the CDU Campus lobby and SAPPRO office. There’s also online registration available at runforsight.net.