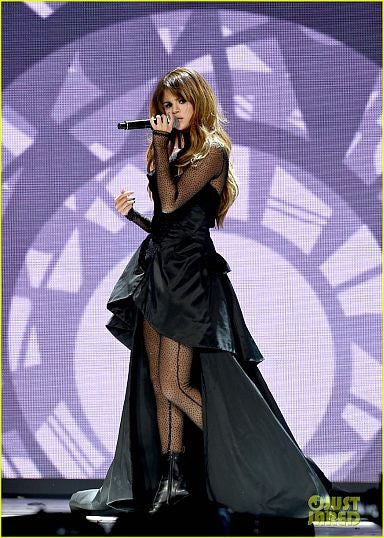 SINGER Selena Gomez will be performing for her fans in Manila on July 31, Sunday for a concert at the SM Mall of Asia Arena, as part of “The Revival” world tour that earlier kicked off in Las Vegas, Nevada last May this year.

The one-night concert, staged by Wilbros Live, is expected to feature some of the 23-year-old singer’s hit songs like “Same Old Love” and “Come and Get It.”

Her “Revival” album debuted at the number one spot of the Billboard 200 chart in October last year. It was her first musical offering outside Disney empire that featured a stripped photo of herself as the cover.

Selena is currently with Interscope and Polydor.

“The cover was symbolic in a lot of ways. That was me baring my soul the most I’ve ever had in my music. It was a transition time for me in my life, and I have never felt so comfortable in my own skin,” Selena quoted in an Inquirer report.

According to an Inquirer report, Selena, the title holder for Instagram’s most-liked photo, was supposed to hold her concert two years ago but the show was cancelled.