No cop chiefs, no escorts 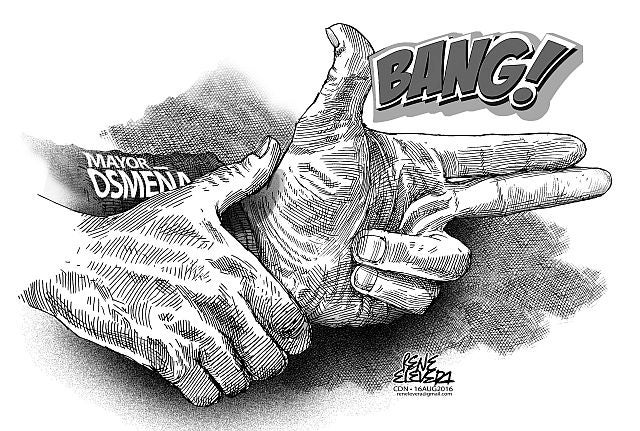 For critics of Cebu City Mayor Tomas Osmeña, specifically Team Rama, the decision by the National Police Commission (Napolcom) to strip him of his operational authority over the Cebu City police and the transfer of some of his police escorts specifically Adonis Dumpit, are sweet payback.

While former mayor Michael Rama is still busy repairing his reputation after being named as an alleged drug lord protector by President Rodrigo Duterte, Osmeña has problems of his own caused perhaps to a large extent by his very public refusal to extend support to the city police.

While he was perceived as being unreasonable and even downright petulant for refusing to extend such support following the reassignment of his favored police officials, Osmeña isn’t one to budge especially since he believed that he had invested considerable resources to launch his own war against illegal drugs.

Regardless of whichever political fence one happens to sit in, we reiterate that it was just as well that the Philippine National Police took away the operational authority not only of Mayor Tomas Osmeña but of other mayors in the country as well who, for one reason or another, insist on having their own police chief.

Osmeña’s predicament casts the spotlight anew on the persistent debate of whether or not mayors should be allowed to “have their own police chiefs” i.e., that they should have full operational authority over them.

The PNP, as a civilian peacekeeping organization, should be shielded from local politics, kept out of the thumbs of local elective officials who can withdraw their assistance and funding to the police at their whim.

Osmeña has shown a natural preference for police officials who are from Cebu; hence his strong support for the retention of then Supt. Patrocinio Comendador, a native of Cebu, as the regional police chief.

The transfer of Comendador and other police officials the mayor clearly supported including Dumpit sends the message to Osmeña and other mayors that the Duterte administration through PNP chief Ronald “Bato” dela Rosa is bent on spearheading its campaign against illegal drugs with or without the support of local elective officials. In fact, it is holding the officials accountable if they fail to support the campaign. It’s not a question of “will you help us?” but “are you with us or not?”

Whether Osmeña and other local officials of Cebu heed that message or not is up to them to decide.

Read Next
On Tom losing control of the police