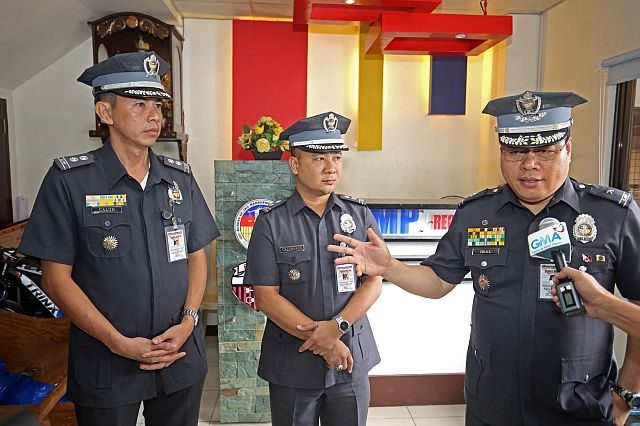 THE Cebu City Jail has a new warden as Supt. Jessie Calumpang assumed the post in turnover rites at the regional Bureau of Jail Management and Penology (BJMP-7) office yesterday.

His predecessor Supt. John Calub was relieved in the wake of last Saturday’s raid that uncovered 105.4 grams of shabu (methamphetamine) worth P316,000, cash worth P4.5 million and other contraband inside the jail facility.

Calumpang, who served as BJMP deputy regional director, promised to institute changes in jail management to stop the illegal drug trade inside the jail.

“We will look into the lapses committed by our personnel and do our best to correct them,” he told reporters after the turnover ceremony at the BJMP-7 office in Cebu City.

Among his priorities include the demolition of “kobols” or private rooms, eliminating special treatment to some inmates, and limiting the number of visitors.

At present, the Cebu City Jail has 3,089 inmates and only 120 BJMP personnel.

Only two jail guards are assigned to inspect people who get inside the jail which was supposedly designed for just 600 inmates.

“We have an average of 500 to 1,000 visitors a day. One of the ways to control the entry of contraband is to limit the volume of visitors so there will really be thorough inspection,” Calumpang said.

He said visitors will be frisked and inspected before leaving the jail to address the purported sale of illegal drugs behind bars.

Calumpang recommended the transfer of all jail guards and personnel to disrupt possible ties with inmates.

“The longer jail guards are assigned in a facility, the higher the possibility that they establish close relationship with the inmates. Our jail guards may be requested by the inmates to bring in the contraband. We have to stop that,” he said.

To easily monitor them, high-profile inmates will be placed in one area inside the Cebu City Jail.

“We will be conducting surprise inspections as needed (to seize any contraband),” Calumpang said.

He said some inmates will be tapped as intelligence officers to monitor illegal activities inside the jail.