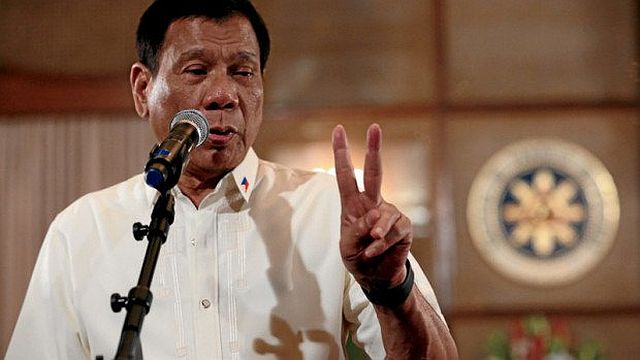 President Rodrigo Duterte has restored the government’s unilateral ceasefire with communist rebels ahead of the peace negotiations with the National Democratic Front of the Philippines (NDFP) in Oslo, Norway, next week.

Presidential Adviser for the Peace Process Jesus Dureza, who made the announcement on Saturday before leaving for Oslo, said the truce would take effect on 12 midnight today (August 21) and “will last as long as necessary to bring peace in the land” to “provide an enabling environment for the success of the peace talks.”

Duterte first declared the ceasefire with the Communist Party of the Philippines (CPP) and its armed wing, the New People’s Army (NPA), during his first State of the Nation Address (Sona) last July 25, but lifted it five days later as the ultimatum he gave lapsed without reciprocation.

“Today, the President restores the effects of that ceasefire declaration precisely at this strategic time when we are all at the onset of the formal resumption of peace talks that had previously stalled for the last four years. The operational guideline of the said ceasefire declaration for the Armed Forces of the Philippines, the Philippine National Police and other security units are also hereby restored,” Dureza said.

“The enabling environment brought about by this ‘silencing of the guns’ will hopefully go a long way in bringing about an expeditious and early resolution to our differences and aspirations that have long divided us as a people… I say again: the Duterte government will walk the extra mile for peace,” he added.

The CPP on Friday night declared a seven-day unilateral ceasefire with the government, which would take effect until 11:59 p.m. on Aug. 27, to “celebrate and bolster” the resumption of peace negotiations.

The declaration came hours after the release of NDFP peace consultants, including top insurgent leaders Benito and Wilma Tiamzon, who will participate in the talks next week. Malacañang immediately welcomed the seven-day unilateral ceasefire declared by CPP, with Presidential Communications Secretary Martin Andanar saying that the President was “glad” that communist rebels “showed a similar gesture of goodwill as a sign of sincerity to the peace process on the eve of our talks.”

“We therefore feel optimistic that the mutual efforts of both sides would lead to fruitful negotiations that could pave the way for substantive discussions in the hope of putting an end to one of Asia’s longest-running insurgencies,” Andanar said in a statement./INQUIRER.NET