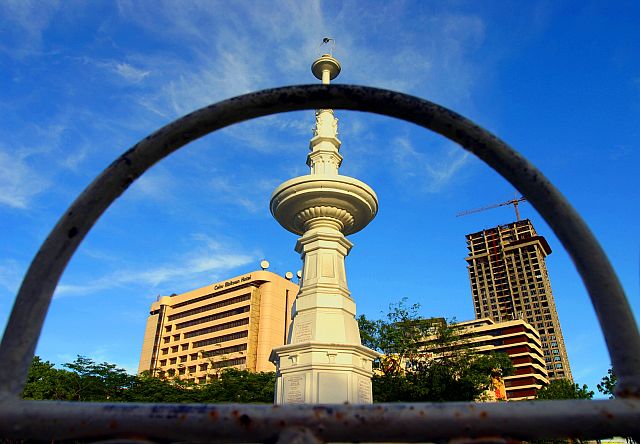 Gov. Hilario Davide III will no longer appeal the court’s ruling affirming the ownership by the Cebu City government of the Fuente Osmeña park. After all, the park is for everybody, he said. (CDN FILE PHOTO)

THE Cebu Provincial government will accept the ruling of the Regional Trial Court confirming ownership by the Cebu City government of the Fuente Osmeña Circle.

In an interview yesterday, Cebu Gov. Hilario Davide III said ownership of the “famous” landmark should not be an issue as long as it remains available for the public.

“For me, it’s common. That’s a landmark, usa sa lugar nga kuhaan og litrato (a popular spot to take pictures). As far as the province, if you ask me, that’s for everybody. It’s everybody’s. The Cebuanos own that. . . . It should not be an issue,” he told reporters.

Davide recalled that back in the ’70s, when he was young, his grandfather would take him and his brother and cousins to the Fuente Osmeña Circle for afternoon walks.

In 2007, the province, under the leadership of then Gov. Gwen Garcia, filed a civil suit for Recovery of Possession and Quieting of Title against the City of Cebu and then Mayor Tomas Osmeña.

In her decision, the judge pointed out that when the construction of the park was finished in 1912, the province had no authority to own parks of municipalities. The circle, she underscored, was within the territorial jurisdiction of the then municipality of Cebu.

The Court also cited how it took 95 years before the province asserted its ownership of the park.

Provincial Legal Officer Orvi Ortega earlier said they will look into the court decision and possibly file a motion for reconsideration before the RTC and maybe even up to the Court of Appeals if necessary.

But Davide said there’s no need to do so.

“I will ask the Provincial Legal Office not to file anymore any motion for reconsideration or appeal,” he told reporters.