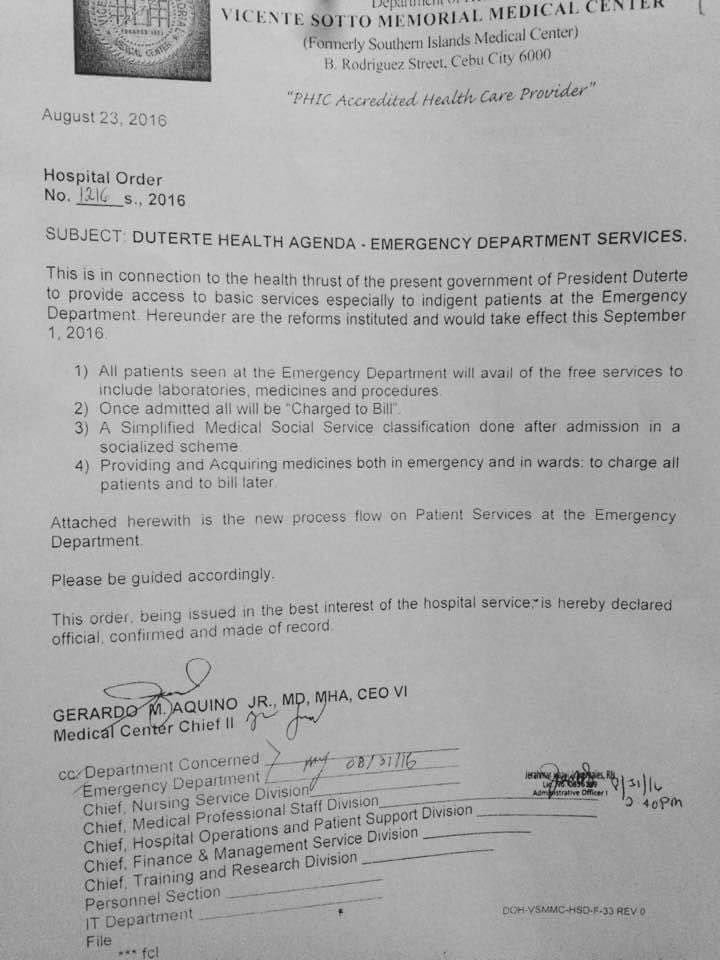 The Vicente Sotto Memorial Medical Center (VSMMC) issued a directive that would make emergency services free and “charged to bill.”

According to the Hospital Order, the reforms that will take effect are: (1) All patients seen at the Emergency Department will avail of the free services to include laboratories, medicines, and procedures, (2) Once admitted all will be ‘Charged to Bill,’ (3) A Simplified Medical Social Service classification done after admission in a socialized scheme, and (4) Providing and acquiring medicines both in emergency and in wards to charge patients and to bill later.

The order was issued in keeping with the Duterte administration’s objective to “provide access to basic services” at the Emergency Department especially to indigent patients.

The order covers free lab procedures and medicines. Cebu City Councilor Raymond Alvin Garcia shared a copy of the VSMMC order in his Facebook page and was jubilant at the services that have been made available.

Read Next
Drainage works along J. Luna Avenue to start on Tuesday