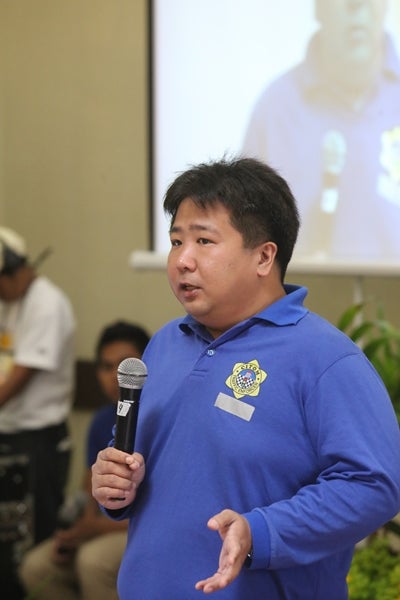 Twenty-five-year-old Karl Asane drives from his home in Talisay City, Cebu, to his office in Cebu City on a daily basis.

It usually takes him one hour to reach his destination even during rush hour.

But now, traffic during rush hour prolonged his travel time to two hours and 30 minutes.

When he went home at 2 a.m., Asane said he would reach his house in 20 minutes since the road was practically empty.

He said he agreed with the recent survey conducted by navigation app Waze that placed the Queen City of the South as the worst place in the world to be a driver.

Asane, a Waze user working as claims specialist of a business process outsourcing firm, said he agreed with the survey results.

He said Cebu City provides the worse driving condition than Manila because the roads here are narrower compared to the country’s capital.

Traffic rules were also better implemented in Manila where there was a designated pedestrian pathway, he said.

Buenaviaje said while the survey was gauged based on the app’s functionality and efficacy and only a few Waze users here reported actual vehicle buildup, the traffic in Metro Cebu was bad.

“I drive almost every day from Mactan (Island) to Cebu City. That means passing through Mandaue City as well. In a day, driving from Lapu-Lapu City to Cebu City would cost me two hours one-way if traffic is at its worst, which is about 30 to 50 minutes at average 40 kph when there’s light to moderate moving traffic,” he said.

The lack of discipline made traffic in Cebu bad since there is no clear stops for vehicles and proper bay for alighting passengers.

“Everyone (stops) just about anywhere to pick up or drop off passengers on our narrow roads. Pedestrians crossing anywhere they please also adds up the problem,” said Buenaviaje.

He said the survey results should serve as a wake-up call to address the pressing traffic problem of the city.

Lawyer Rafael Yap, Cebu City Transportation Office (CCTO) head, said the traffic congestion was due to the city’s economic progress that allowed the constituents to afford to buy more cars and motorcycles.

Unfortunately, Yap said the city’s transportation and traffic infrastructure have not kept pace with the growth in vehicle traffic.

“We are working with the Department of Transportation to improve our public transportation and traffic infrastructure through the introduction of the Cebu Bus Rapid Transit project,” he said.

The BRT is a specialized and dedicated bus system that is hoped to replace the passenger jeepneys in some major thoroughfares in the city to ease traffic.

Cebu City Mayor Tomas Osmeña, for his part, believed in the results of the survey.

But he blamed the previous administration for blocking the construction of flyovers and failing to replace traffic signal lights that were obsolete.

While a number of commercial establishments are growing, there seems to be lacking parking spaces, the mayor said.

Osmeña said this can be addressed through strict implementation on parking requirements on new constructions and condominiums, upgrading of traffic lights and the implementation of the BRT project, among others.