Bureau of Treasury: No missing fund from government coffers 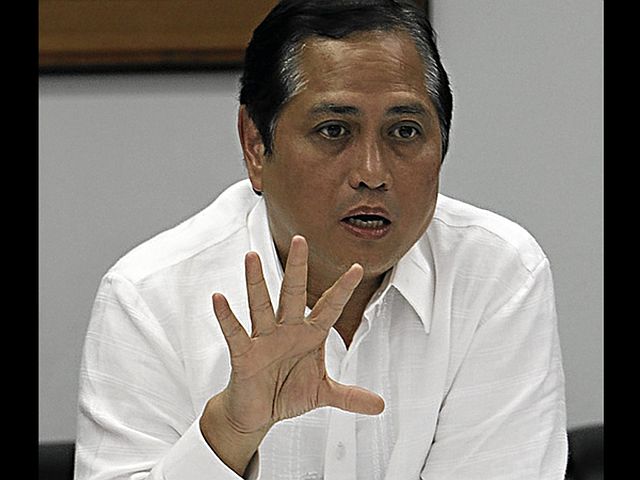 The Bureau of Treasury (BTr) assured on Monday that there are no funds missing from the government coffers.

In fact, National Treasurer Roberto Tan disclosed that the government has around P411 billion cash in 153 bank accounts being managed by the BTr, including those in the dormant or inactive accounts.

“Are there billions of pesos missing from the government coffers…?” Sen. Loren Legarda asked during the budget hearing of the Senate committee on finance, which she chairs, on the proposed 2017 budget of the Department of Finance and its attached agencies.

It was Senate Minority Leader Ralph Recto who first raised the issue about the cash and account of the national government, saying it was alarming for the Commission on Audit (COA) to say in its report that it could not validate how much money the government has.

“Kayo ang (You are the) custodian ng (of) people’s money. When the COA says in its report they can’t validate how much money you have in cash or the number of accounts that you have, I think that’s alarming,” Recto said.

“Kung hindi natin alam saan pumupunta yung pera, e posibleng nawawala ang pera sa bangko o nakalimutan ng national government. May account palang ganito o pinabayaan na dormant yung account na ito (If we don’t know where the money goes, it’s possible that the money in the bank is gone or the national government has forgotten about it. That an account like this exists or it has been neglected to be a dormant account). And we’re talking of billions of billions of pesos here. This is not just one billion, two billion, ha.”

At this point, Legarda asked if there were billions of pesos that the BTr could not account for or actually lost.

“No, Ma’am, these are likely the unreconciled accounts between our book balance and the bank confirmation,” Tan said.

“In 2009, it was around P64 billion, and we vigorously worked to reconcile this. And as of the latest report, August this year, 99.42 percent has already been reconciled,” Tan added.

When Legarda asked again if there are billions or a single billion peso missing from any government accounts, the National Treaurer said: “I don’t think so unless it was deliberately stolen.”

Before this, Tan explained that the BTr is directly managing 153 accounts in its “subledger,” which he said refers to their balance sheets, and another 133 bank accounts.

Aside from the accounts under their direct supervision, there are also about 15,000 accounts from different agencies, which he said, the government intends to consolidate into one account.

“We are now pursuing a Single Treasury Account, which means we are consolidating all the balances of different agencies into one account,” Tan said.

After a series of questions from Recto and Legarda, the committee approved the budget proposal of the DOF and its attached agencies for plenary consideration.

Read Next
AboitizPower to supply energy needs of 2 Cebu companies