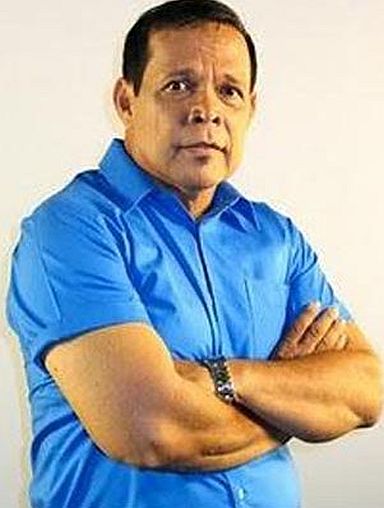 VETERAN actor Dick Israel, one of the country’s most popular screen villains, passed away on the evening of Oct. 11. He was 68.

This was according to a post made by Damay Kamay Foundation’s Facebook page, an organization of members of the entertainment industry that helps colleagues who are in need, which had been giving the actor aid since July.

“Remembering his wonderful and gentle soul, will forever remain in our hearts. A good heart has stopped beating, a good soul ascended to heaven. RIP Dick Israel,” the post read.

Actress Vivian Velez, one of the founders of the initiative, has confirmed the news.
In an ABS-CBN report, Dick’s son related that the actor vomited blood before he died in their home Tuesday night.

Dick, whose real name is Ricardo Michaca, was known for his roles in television and films like “Maging Sino Ka Man,” “Boy Golden,” “Beh! Bote Nga” and “Patrolman.” The actor also made a mark playing antagonist in Philippine action films.

“I would secretly go to the cinemas. I would hear the audience. They hate me. I feel elated because that’s my job — to make them angry. It means that I’m successful as a villain,” the actor said in a 2012 interview with ANC’s Storyline.

Dick’s work as an actor has been acclaimed locally with Best Supporting Actor awards at the 1988 Metro Manila Film Festival for “Patrolman” and at the 1995 Famas (Filipino Academy of Movie Arts and Sciences) Awards for “KantoBoy 2: Anak ni Totoy Guapo.”

The veteran actor suffered a stroke three years ago and since then sought financial assistance from his colleagues in the industry after medical treatment drained his savings.