City Hall to pay P33M to INC to demolish wall 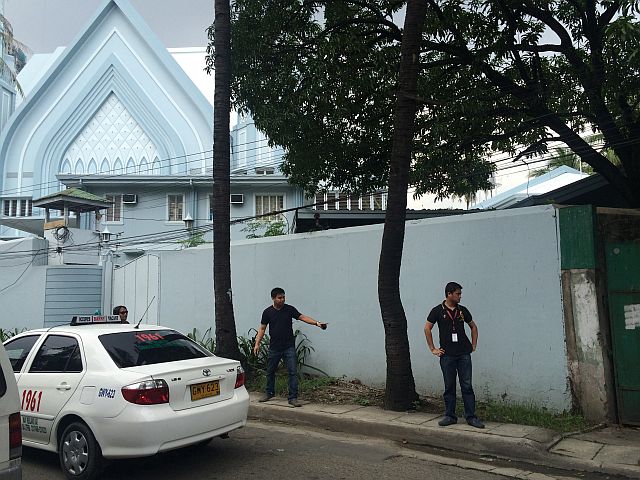 The wall of the Iglesia ni Cristo (INC) compound on F. Sotto Drive that is supposed to be demolished to give way to a road-widening project (CDN FILE PHOTO).

Cebu City will pay P33 million to the Iglesia ni Cristo (INC) for the removal of their wall along F. Sotto Street, Mayor Tomas Osmeña said over the weekend.

He told reporters that he included the amount in the executive department’s proposed annual budget for 2017.

“We have to convince Iglesia ni Cristo. They have to sacrifice their fence. I told the incoming minister that the city will pay for it. That’s our share,” Osmeña said.

Removing the wall will pave way for the completion of a long uncompleted road-widening project by the Department of Public Works and Highways (DPWH) for F. Sotto Street.

Currently, F. Sotto St. is only open to one way traffic for motorists going to Gen. Maxilom Ave. or going straight to D. Jakosalem St.

“So we’re trying very hard to convert it to two way,” Osmeña said.

While they had started widening some portions of the 500-meter road project, there are still areas where there are property owners who refuse to set back their structures. She welcomed the mayor’s proposal.

“I hope that with the mayor, they can already convince Iglesia ni Cristo to give up their wall,” Lumapas said.

She said there are two other houses there whose owners refuse to set back since the DPWH still can’t convince INC to allow them to destroy its wall.

The project started in 2013, but due to the expropriation process, it took long to finish.

The widening project costs P33 million. Lumapas said the bulk of the amount goes to the compensation for those whose properties are affected by the widening.

She said though that since INC is not budging, the DPWH has not paid them their compensation although the court already ruled in favor of DPWH.

Asked why the city will still pay INC even if the DPWH has a budget to compensate them, the mayor said it is to show the city’s “sincerity.”