CAUGHT IN THE ACT 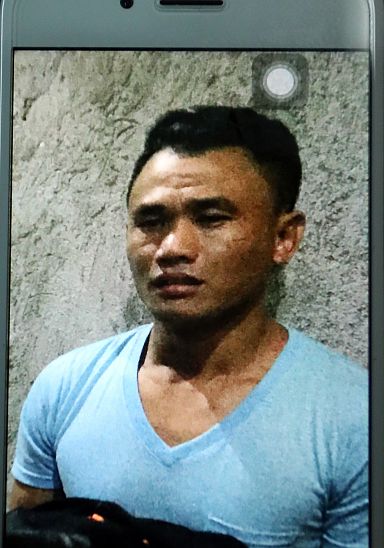 P01 Gem Querubin, in his six years in the police service, never had a derogatory record until now.

Worse, his alleged crime involved illicit drug, which can flush his career down the drain.

A tough challenge now lies ahead for Querubin, 33, who was arrested in a drug bust operation in Barangay Sambag 2, Cebu City on Tuesday evening.

The police operation was meant to entrap a 32-year-old woman considered a “high value target” in the police drug war, but they ended up not just getting the woman but her boyfriend as well, who turned out to be Querubin.

Chief Supt. Noli Taliño, director of the Police Regional Office in Central Visayas (PRO-7), said they will make sure Querubin will be held accountable for his actions.

Senior Supt. Joel Doria, director of the Cebu City Police Office (CCPO), was directed to lead the investigation and to find out from whom Querubin got his supply of illegal drugs as well as to identify his contacts.

Querubin, a beat patrol policeman assigned at the CCPO’s Mambaling Police Station, will also face another investigation before the National Police Commission.

He was subjected to drug test yesterday to validate reports that he was using shabu.

“Lahat nang dapat gawin, gawin na natin (Let us do what we ought to do),” Taliño said.

Operatives of the CCPO’s Intelligence Branch and the Cebu City Anti-Illegal Drugs Special Operations Task Force on Tuesday hatched an entrapment operation to arrest Sharon Abella who was on the police drug watch list.

As planned, a poseur buyer transacted with Abella who then sold a pack of shabu (methamphetamine) to the undercover policeman.

When the transaction was completed past 11 p.m. on Tuesday, the police immediately arrested the suspect.

While taking custody of Abella, the operatives were surprised to see a colleague, Querubin, and a certain Chas Chavit inside the residence.

Upon inspection, the police found a small sachet of shabu in Querubin’s possession. Another pack of shabu was confiscated from Chavit.

Police recovered inside Abella’s house a total of 50.32 grams of shabu, which, based on the Dangerous Drugs Board estimates, was valued at P593,776.

Cebu Daily News tried to get the reaction of the three suspects at the CCPO’s stockade, but they refused to grant an interview. 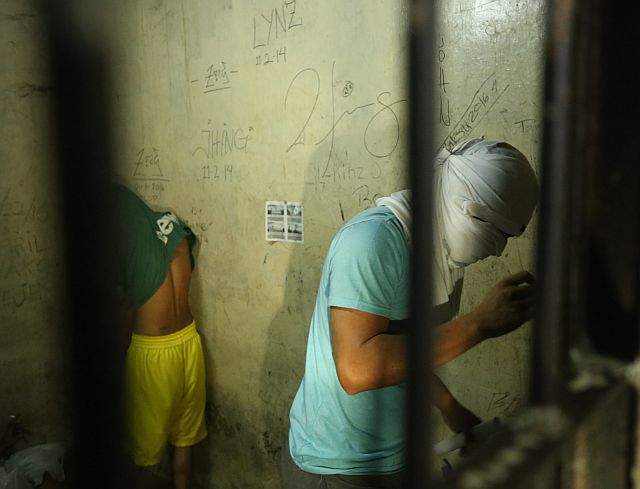 ARRESTED. PO1 Gem Querubin, who is assigned at the Mambaling Police Station in Cebu City, covers his face with a t-shirt while held inside the Cebu City Police Office’s stockade following his arrest in a drug buy-bust operation inside the house of Sharon Abella in Barangay Sambag 2, on Oct. 25, 2016. (CDN PHOTO/LITO TECSON)

“PO1 Querubin reportedly has a romantic relationship with Abella. But he said he did not have any idea that Abella was selling drugs,” Tan told reporters.

While Querubin’s claim may be true, Tan said the policeman however could not claim innocence since a pack of shabu was taken from his possession.

Querubin and Chavit are facing charges for violating Republic Act 9165 or the Comprehensive Dangerous Drugs Act of 2002, particularly for possession of shabu.

Abella, on the other hand, was held for possession and selling of illegal drugs.

Although Querubin has not been proven guilty yet, Taliño wanted him and other policemen who are linked to illegal drugs to be dismissed from service.

“When I assumed as PRO-7 director (last July 4), I already told you to keep your hands off illegal drugs. If you don’t, let me tell you that we won’t also stop unless you get arrested or killed in a police operation. We will do whatever it takes to clean our ranks,” he said.

Taliño cited another policeman, PO1 Dave Agcol, who was killed in a shootout with police operatives in the City of Naga in southern Cebu last August 3.

Agcol, prior to the shootout, was dismissed from service for allegedly peddling illegal drugs.

“We are monitoring all policemen. Those who are into illegal drugs — whether user, peddler, or protector — should disappear from the PNP. That is why our internal cleansing continues,” he said.

Querubin, a resident of Barangay Lorega-San Miguel in Cebu City, became a member of the

Philippine National Police in 2010. He was assigned at the Mambaling Police Station from the beginning of his career.

Taliño said PRO-7 is validating reports over the alleged involvement of other policemen in illegal drugs trade.

He refused to identify them while the validation process is ongoing.

On Monday, at least eight police officers and 20 rank-and-file policemen in the region were relieved from their respective posts.

The order from Camp Crame did not say why these policemen were relieved but rumors were rife that it was due to their alleged involvement in illegal drugs.

It was not clear whether or not Querubin was on the list.

Senior Supt. Renato Dugan, chief of the Regional Personnel and Human Resource Development Division, refused to give reporters the list of the newly relieved personnel,
saying PRO-7 recently issued a protocol to no longer release the names of relieved policemen to the public while awaiting further directives from Camp Crame.

The affected policemen, eight of whom hold a rank of major to colonel, were ordered to report to the Personnel Holding and Accounting Unit in Camp Crame.

Since July 1, a total of 123 policemen from Central Visayas were relieved from their posts.

Although the reason for their relief were not stated in the orders, PNP chief Dela Rosa said that the revamp of police officials was because of reports that some of them
were receiving money from personalities involved in illegal drugs.

When he visited PRO-7 last July, Dela Rosa said there was a need to reassign some police officers to disrupt the illegal drugs operations in the regions.

They were reassigned to the rebel-infested areas in northern Luzon and Mindanao.

Camp Crame also relieved directors of a number of police offices in the region.

Early this month, Senior Supt. Jose Macanas was relieved as the director of the Cebu Provincial Police Office after he was reportedly named a drug protector of Kerwin Espinosa, allegedly the number one drug lord in Eastern Visayas.

It was Albuera, Leyte Mayor Rolando Espinosa Sr., the father of Kerwin, who claimed that Macanas was one of his son’s alleged protectors.