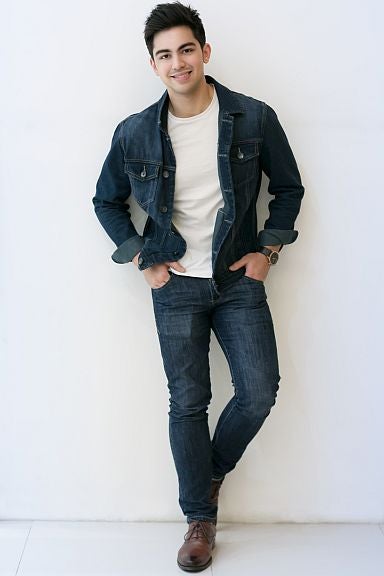 In another life, Derrick Monasterio would have found himself in a different arena— playing his favorite sport, basketball.

But there he was, owning the stage not just with his dashing good looks and toned body but also with his soothing voice as he sang love songs in front of a big crowd and giggling fans during his album tour at SM City Consolacion recently.

Minutes before he went on stage, Play! was able to catch a brief interview with Derrick.

“Hello!” the 21-year-old actor greeted as he attempted throwing a candy into a transparent bowl on a table a few meters away, as if shooting a basketball.

Like any other young man his age, when the spotlight is out he plays the well-loved sport, surrounds himself with friends, or spends time in the gym.

A gym buff, he isn’t afraid to flaunt what he has worked on for years and doesn’t mind being labeled as a sexy actor.

From his debut as one of the stars of GMA’s youth-oriented television series “Tween Hearts” that earned him a PMPC Star Award back in 2011, Derrick recently added another award, also from the PMPC, as this year’s Best New Male Recording Artist of the Year title for his self-titled debut album.

He is also the lead star in GMA’s upcoming superhero comedy, “Tsuperhero.”

An original concept of Kapuso comedy genius Michael V., “Tsuperhero” is under the helm of Direk LA Madridejos and will air as part of “GMA Sunday Grande.”

Learn more about Derrick’s aspirations as he shares more about himself, his dream role and how he wants to be remembered, either an actor or a singer.

Tell us about your album.

It’s my first album. It’s self-titled. It has four originals and three revivals, and the carrier single is “Reyna.” It’s like an alternative rock ballad type of album. It focuses more on my strengths when it comes to choosing genres.

How was it conceptualized?

We were in a big room—me, my manager and my producers. There was a votation in terms of choosing the songs, and of course, it’s a majority decision for all of us.

Do you have any favorite on the songs in your album?

I have a favorite, of course. It’s “Give Me One More Chance,” as I can really relate to the lyrics. There’s that same scenario that happened in my life. So as I was recording it, I can really feel the emotions. I was teary-eyed at that moment. 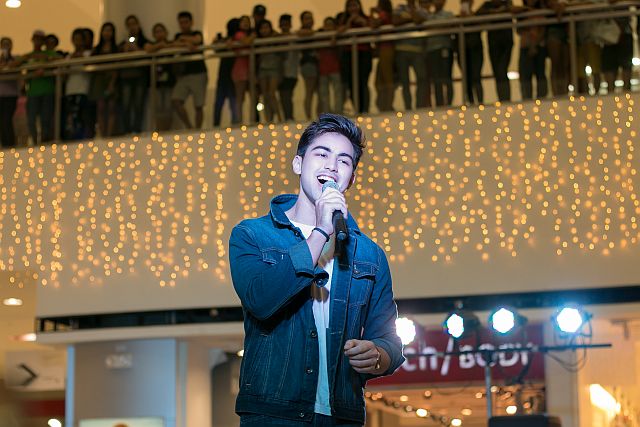 What made you decide that now is the right time to come up with an album?

Naisip ko lang. (laughs) Di, joke lang. Kasi I’m really a singer, even when I was still young. I was a member of a choir before and dreamed of having an album. So finally, I think they saw me in one of my gigs that I can sing. So I’m really happy because they have put their trust in me.

We have seen videos of your recent gigs, and you are now being packaged as a sexy singer. Are you comfortable with that image?

It’s okay, but not to the extent that I will take off all my clothes. Just showing a bit of skin, and that’s all right. I believe that you shouldn’t hide your assets, especially if it’s something you’ve worked hard to achieve. That’s what makes you confident. That’s what make you stand out. So why not?

How would you differentiate yourself from other singers?

Now that you’ve released an album after some years in the entertainment industry, which do you prefer: acting or singing?

If I were to chose at this moment, I would choose acting because that’s the one I want to focus on more. Singing is really in my blood, while acting is also in blood since my mom was an actress. I’m not really that good in acting yet—I want to learn more.

I would like to play a pyschopath, or something like that. I want to challenge myself in such roles.

Moving on to more personal stuff… Describe a day in Derrick’s life?

On my rest days, I usually go to the gym. I eat out, and every Sunday, I go to the church. I like watching movies at home on my laptop. Basically, that’s it. I’m just a regular teenager who plays basketball with his neighbors.

Pick a song to describe your career now.
Hmmm … that’s hard. Probably “This is the Moment.” I think everything is falling into place right now. I feel something has changed since “Tween Hearts” up to now. I guess that’s the song.

Any upcoming shows?
I’ll be in a Sunday show called “Tsuperhero.” It will air on Nov.1 I will be (with) Bea Binene. I don’t have a regular TV show now. “Tsuperhero” is going to be a sitcom though. I’ll be
portraying a jeepney driver who has superpowers din.

If you weren’t in the entertainment industry, what career would you have now?
I would be in the PBA kasi that’s always been my dream. When I was in high school, I tried out in the varsity team. Fortunately, I got accepted and trained, but showbiz got in the way so
I kinda stopped. If I had a time machine and reverse the time, I would probably be a basketball player.