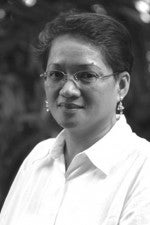 Despite the calamities of the past year and the first typhoon (code name: Agaton) that visited the country, the celebration of the feast of the Holy Child Jesus and the colossal Sinulog grand parade have not dimmed at all. This is judging from the millions who attended the religious and cultural festivities.

To ensure order, the Land Transportation Franchising and Regulatory Board (LTFRB) in coordination with the Cebu City Traffic Operations Management (Citom) came out with “Oplan Sinulog.”

The fiesta-related order that LTFRB Central Visayas Regional Director Ahmed Cuizon texted me yesterday morning was simple enough:  Private vehicles, buses and minibuses from the south were to stop and park in Citom-designated areas of the South Road Properties, where revellers were fetched by public utility vehicles and taken to the Senior Citizens Park behind City Hall.  From there, they were to go on foot to the parade route or the Cebu City Sports Center.

The same direction was to be taken going back, although revellers had the option to go to Katipunan Street where  jeepneys waited to convey them to specific points. The north-bound passengers had Ceres buses waiting near the Museo Sugbo to take people to SM City and North Bus Terminal.   The city government accredited the transportation cooperative Citrasco and Ceres buses for transporting people back and forth. The rides were special but the fare rates were regular, at P7.50 for the jeepney ride and P10 for the bus ride.

The administration of Mayor Michael “Mike” Rama has done everything possible to make the festivities much less chaotic but because the throngs that join the celebration escalate by at least half-a-million to one million each year, the contingencies set up by the local government may be summed up in what the mayor told city dwellers and visitors a few days before the Sinulog: “Way reklamohay” (no complaining), that is, if one wanted to join more than 2 million people in the streets for the grand celebration.

The flip side means staying home and watching the grand parade on cable TV from the comforts of one’s living room.  That’s exactly what I did because I didn’t want to suffer a relapse from the viral flu that had me under the weather this past week.

Each time the feast of the Señor Santo Niño comes, friends from other parts of the world would ask me what’s new with the celebration.

The annual religious feast offers different themes and the novena masses keep the faithful in the thread through the daily homilies and teaching. Over time, though, the cultural aspect suffers from a “been there, done that” pattern or disease, if you will, that to me the question about what’s new with this year’s fiesta celebration is quite relevant.

Last year, a journalist from Mindanao posed the question as the Visayas and Mindanao regions reeled from typhoon Pablo. This year, our people suffered even more and have yet to fully recover from the killer quake and supertyphoon Yolanda.

Having said that, the Sinulog celebration is always a good time to take stock of our lives and early on in the New Year, assess how Filipinos, who profess their ardent faith through devotion to the Holy Child, address social ills, which prey on the weakness of children.

Last week, it was reported that a pedophile ring that streamed live sexual abuse of Filipino children over the Internet was cracked open by a United Kingdom-led police operation called Operation Endeavor.

The crackdown by UK’s National Crime Agency (NCA) spanned 14 countries and led to numerous arrests including 17 Britons and 12 other nationalities. A dozen countries including the Philippines are investigating  sex deviants who order pictures of children in pornographic poses, or engaging them in lewd conversation coupled with sexual acts, all through high speed Internet.  In some cases, pedophiles visit the country for physical contact with children whom they have previously abused online.

In the flurry of warnings and apprehensions expressed by international agencies, the Aquino administration immediately declared war on cybersex criminals. The administration may be wary that the tourism slogan, “It’s more fun in the Philippines” would gain a negative connotation because the NCA pointed to the Philippines as one of 10 countries in the world where child cybersex is booming.

According to Philippine National Police, the immoral trade thrives in 31 Philippine provinces but the top four local cybersex capitals are the cities of Manila, Angeles in Pampanga and Cagayan de Oro. Cebu province made it to the list of ill repute because the immoral trade is rampant in barangays Cogon and Ibabao in Cordova town.

The unspeakable crimes in Cordova were discovered in 2011. There had been   no significant law enforcement action taken so it was no surprise that in 2013, the National Bureau of Investigation (NBI) cracked down on cybersex households in the same villages.  The NBI carried out the operation using intelligence data gathered by the United States Department of Homeland Security.

If we wonder about the status of the campaign against cybersex crimes involving children, the UK report suggests that the illegal industry is far from being licked or even diminished.
Operation Endeavour has prompted the government to identify cybersex as the no. 1 crime in the Philippines, even worse than illegal drugs, according to the PNP.

I’m just an ordinary taxpayer but decades of journalistic observation tells me the police agency is dead wrong in its simplistic assumptions.
For lack of space, I will tackle this topic in my next column.

Read Next
Hotels, restos cash in on Sinulog visitors