Goma hits back at ‘ninja cops’ 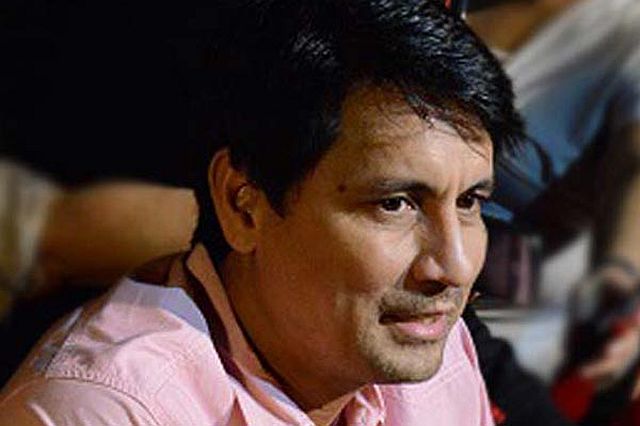 ACTOR turned Ormoc City Mayor Richard Gomez is fighting back, saying he is also going to expose “ninja cops” involved in the illegal drugs trade.
In a statement sent to Inquirer on Sunday, Gomez welcomed the move of the Philippine National Police to investigate him over his alleged links to the Espinosa drug operation, as the probe would allow him to expose the “ninja cops,” or policemen who resell seized illegal drugs and protect drug syndicates.

He said he would not sit back and allow “malicious and evil individuals” to toss his name lightly and link it to drugs.

“Sa mga nagkakalat at may kinalaman sa drugs, pananagutan ninyo ito, wag kayong mandamay. Man up (Those who are spreading information against me and are involved in illegal drugs, you will answer for this. Don’t drag innocent people),” he said.

“Face up to the consequences of your actions. Wag niyo guluhin issue. Wag niyo ipahid sa mga inosente ang ka walanghiyaan na ginagawa ninyo ng marami ng taon (Don’t muddle the issue. Don’t rub on the innocent the wrongdoings you have been doing in so many years).”

Police Director General Ronald “Bato” dela Rosa, PNP chief, earlier told reporters in Malaysia that Gomez was now considered a “person of interest” after he and other local politicians were named during a Senate inquiry on Thursday as among those involved in the “drug group” of killed Albuera Mayor Rolando Espinosa Sr. and his son, suspected drug lord, Kerwin.

While there was no basis to arrest the mayor, Dela Rosa said PNP had to “dig deeper” on his alleged involvement.

The PNP chief said the investigation would be “beneficial” for Gomez as it is an avenue for him to clear his name.

Gomez said he took “great offense” that he had been dragged into the issue on illegal drugs, which he described as “a ridiculous and desperate attempt of my political opponents and their lapdogs, some of whom are ninja cops.”

He pointed out that he values his “good name” more than his wealth and fame especially that nothing was handed to him in a silver platter.

He said he worked hard to be successful and took care of his reputation.

Gomez said that he tried to give back by living a clean lifestyle, advocating against illegal drugs and leading by example.

“Maybe other people do not think much of keeping their names clean, but I do. I value my good name. Fame, power — all that is fleeting. But a good name, a good, clean name is my real wealth.”