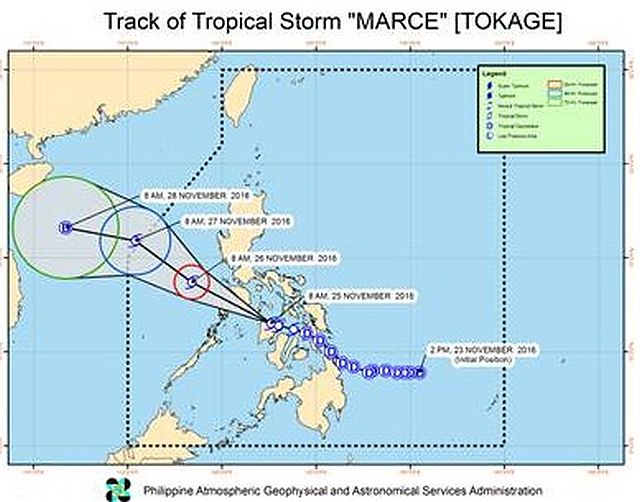 Although Cebu was no longer placed under Storm Signal Number 1 due to tropical storm “Marce,” the province would still experience isolated rainshowers the rest of Friday, said Jomar Eclarino, Pagasa weather specialist.

“On Saturday and next week will be sunny to partly cloudy,” Eclarino told Cebu Daily News.

After the storm warning signal was lifted about 11 a.m. on Friday, the Philippine Coast Guards (PCG) in Central Visayas allowed sea travels to areas where storm signals were lifted except for vessels bound to Negros Occidental, Iloilo and Masbate.