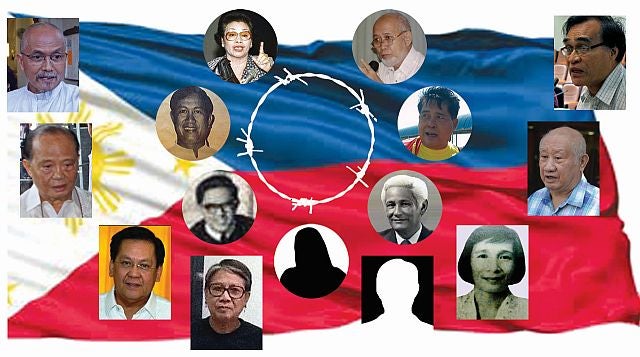 It will be a different way of remembering Gat Andres Bonifacio as seven Cebuanos will be honored today as heroes and martyrs of the martial law regime at the Plaza Independencia.

The activity is part of a continuing nationwide protest against the burial of dictator Ferdinand Marcos at Libingan ng mga Bayani and also to remind the public that tyranny should never happen again in the country.

“We did not consider what kind of political affiliations or ideologies they had. As you observe in the list, there are rightist, leftist. There are also national democrats and liberal democrats,” organizers said in a press conference on Tuesday.

A groundbreaking ceremony has been set at 10 a.m. today for a heroes monument to be built beside the Martial Law marker at Plaza Independencia.

The monument is meant to recall the courage of Cebuano martyrs during Martial Law.

The Cebuano heroes and martyrs were chosen through a search committee out of 30 Cebuano nominees.

They were chosen because of their bravery, courage and genuine love for freedom and for the people, organizers said.
The committee comprised of different representatives from multi-sectoral groups opposed to Ferdinand Marcos.

“By honoring these Cebuanos who fought the dictator Marcos, those who died and those who survived to continue the fight will exemplify who the real heroes are. This will provide the correct historical perspective of those dark days of the Philippine current history,” Paredes said in a talk with reporters.

Noel Tabasa of the Anti-Bongbong Coalition (ABC) said they were also in the process of negotiating with museums in Cebu to enshrine the names and tell the stories of the Seven Cebuano Heroes and Martyrs and the eight Martial Law Survivors Worthy of Emulation.

“This will also help especially the young people to remember what happened in the past,” Tabasa said in a press conference.

“We remember too Bonifacio’s fight against tyranny. We remember, too, that the Filipino people put up a brave fight against the tyranny of the Marcos regime. We also remember that we are capable of ousting any dictator,” added Christina Tenchavez of Akbayan-Cebu.

A freedom march from Sto. Rosario Church to Gaisano Metro Junction of Osmeña Boulevard will take place at 8 a.m. today before proceeding to Plaza Independencia for the honoring. A noise barrage will take place at 4 p.m. to 7 p.m. at Fuente Osmeña on the same day.

Senior Supt. Joel Doria, director of the Cebu City Police Office, said he has ordered his men to observe maximum tolerance, adding they have not monitored any security threats that might endanger the protesters. 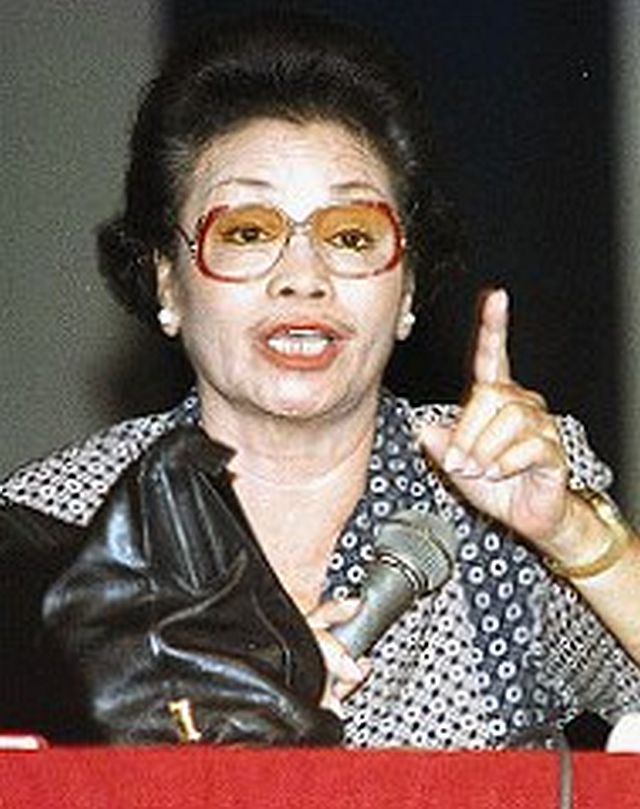 Nenita “Inday Nita” Cortes-Daluz was a veteran radio personality and opposition icon during the Martial Law era in the 1980s. Her daily radio commentaries against the dictatorship was followed by thousands of people in the Visayas and Mindanao.

The acknowledgment as a martial law martyr was welcomed by her son, Cebu City Councilor Jose Daluz III.

“I’m very glad that they have recognize the efforts of my mother although they have not invited me to the event. But I would like to extend and express my gratitude and thanks for recognizing my mother as one of the personalities during Martial Law,” he told Cebu Daily News.

He said he understood why he was not asked to join today’s anti-Marcos protest, which will be done simultaneously all over the country, because he is a politician.

Daluz recalled that since he was the only male among three children, he often accompanied his mother in the protest rallies she attended or spearheaded at the height of the anti-dictatorship movement.

Ribomapil “Joeyboy” Holganza Jr., the eldest son of Ribomapil Sr. who was jailed along with his father from 1982-1985, said his family considered it a great honor to have their father recognized as one of the Cebuano heroes of the martial law period.
“It’s heartwarming to note that they have been chosen to immortalize the sacrifice of the unknown and unsung Cebuano heroes of that period. Thank you, Cebu,” he said.

Holganza Sr. organized “Freedom Marches” in Cebu in the late ’70s up to the early ’80s, long before the assassination of Benigno “Ninoy” Aquino Jr. in 1983. He was being widely credited for being one of main reasons for the unity among anti-Marcos forces in Cebu because he managed to bring together the moderates and the militants, resulting to huge turnouts in Cebu’s Freedom Marches.

Redemptorist priest Father Rudy Romano was at the center of Cebu protest movement denouncing human rights abuses when he was abducted by armed soldiers in Barangay Tisa, Cebu City on July 11, 1985.

He was never seen again and presumed dead by his family. He is now listed prominently among the country’s desaparacidos. 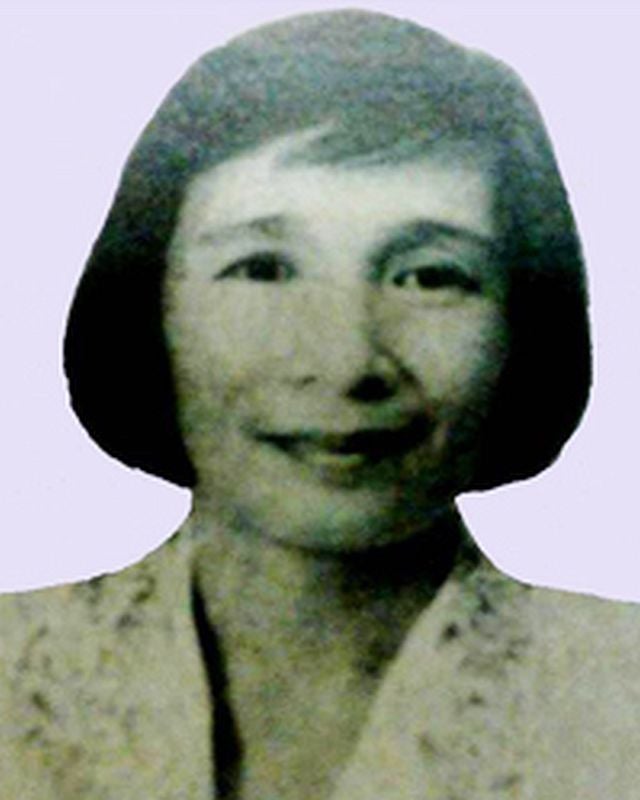 Evelyn Neri was remembered as a faculty member of University of San Carlos (USC) Science-Anthropology Department during the time when it was headed by Prof. Zenaida Uy.

She was a political prisoner, being a Kabataan Makabayan (KM) leader when martial law was declared and was a known USC activists during 1979 and ’80s.

Neri later decided to join the New People’s Army and brought a son along but during a raid as she reportedly died trying to save others.

Hechanova and Judge Paredes, then human rights lawyer, were at the forefront of the court martial case filed against soldiers involved in the abduction of Father Romano and even sought an audience with Marcos.

Valentino Legaspi was a human rights lawyer who later became a member of the Batasang Pambansa.

He organized freedom marches, along with Holganza, and he is widely credited for his fierce opposition against the Marcos regime even when he was a member of the Parliament.

Legaspi’s eldest daughter, Grace Legaspi-Te, in a message to Cebu Daily News last night, said her father Billy, as he was fondly known, was ushered into legal profession more by financial circumstance. 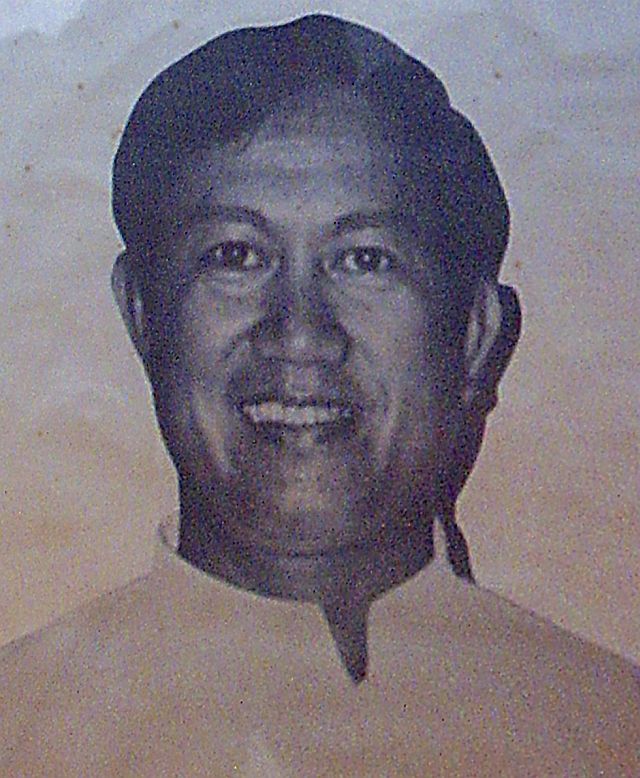 “He did not have the depth resources for a medical course. You could say his calling found him. He loved the enlightenment from legal forebears, the opportunity to defend the unknowing, the oppressed who were out there in judicial lairs. Eventually, he found that being a legislator was another forum for defending the donwtrodden,” Te said.

Legaspi thought nothing of giving up the simple daily comforts to be able to speak up for those deprived of their rights.

“He had loved each minute of public service even if there was no material gain nor loud hurrah. It was his way of reciprocating the trust of the people who voted for him,” she added.

Vicente Balbuena was another of Cebu’s prominent human rights lawyers who fought for the causes of the farmers and the poor. Together with Paredes, he led the Free Legal Assistance Group (FLAG) in Cebu.

Balbuena was at the forefront of the anti-Marcos marches along with Uy and other militant leaders in Cebu.

Bimbo Fernandez, who will be among the eight to be honored as martial law survivor, is thankful that he was chosen.

Fernandez was 22 when he was imprisoned for seven months at the Dumaguete provincial jail after he organized sugar workers from Negros because of wage issues.

After seven months in jail, he was released and went back to Cebu and organized urban poor groups.

“This is to remind them that never again to Martial law,” Fernandez told CDN.

Judge Mienrado Paredes was a student activist who joined the Samahang Demokratikong Kabataan (SDK). He was detained for more than a year. When he became a lawyer, he was a staunch defender of human rights who provided pro bono legal assistance through FLAG.

Zenaida Uy was a USC professor and led the Bagong Alyansang Makabayan. She was very active in her work to enlighten the people about the ills of Martial Law. She mobilized the people and organize groups. She is now based in Canada and active with religious activities.

Lawyer Democrito Barcenas was detained for three months during the imposition of martial law in 1972 for joining groups that opposed Marcos. He was also a member of FLAG.

He was appointed the OIC vice governor of Cebu province, with the late Osmundo Rama as OIC governor, by President Corazon Aquino during the revolutionary period of her administration following the 1986 People Power Revolution that ousted Marcos from power. 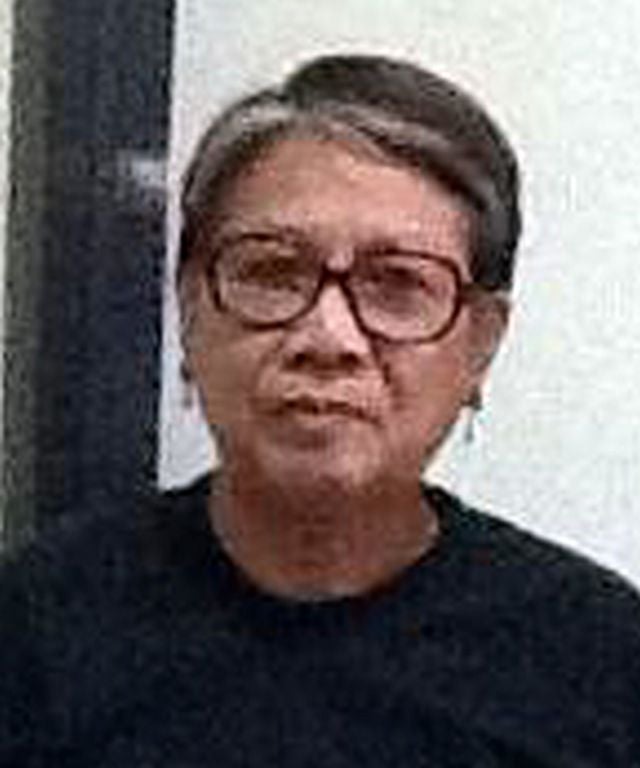 Ruben Diaz was a student at USC who was a member of the Samahang Demokratikong Kabataan (SDK). He was forced to leave Cebu for Leyte to avoid military harassment.

Fr. Emi Maningo is a Redemptorist priest who helped the poor and actively joined rallies. He was closely associated with Fathers Romano and Echanova. He was active in defending human rights.

Auxilium “Inday” Toling-Olayer was a student at the University of San Jose-Recoletos when she joined the SDK and became an activist. She went to Samar and Leyte and joined the New People’s Army (NPA). She was detained and tortured after she was captured.

Former senator Sergio Osmeña III was imprisoned in 1972 who along with cellmate Eugenio “Geny” Lopez Jr. embarked on a hunger strike to protest the unjust detention of thousands of innocent Filipinos. This led to release of 1,022 political prisoners in December 1974.

Osmeña and Lopez escaped from their maximum security prison cell in Fort Bonifacio in 1977. While in exile at the United States, Osmeña served as the director for Movement for a Free Philippines. He was also the founding director of the Justice for Aquino Justice for All (JAJA) Movement.

Read Next
‘I don’t sell drugs’