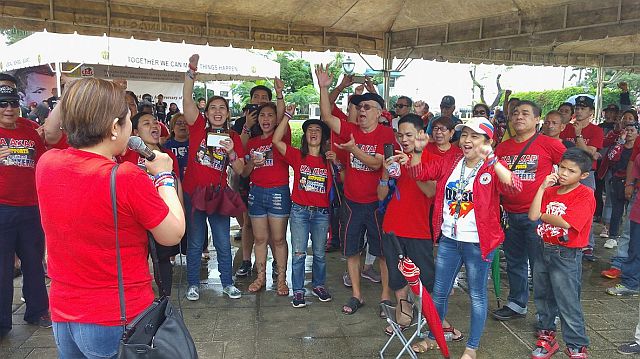 About a thousand men on board their motorcycles arrive at Plaza Independencia to express support to President Rodrigo Duterte’s decision to bury the late President Ferdinand Marcos at the Libingan ng Mga Bayani (LNMB).

Lawyer Ervin Estandarte of PDP-Laban Cebu said he believes Marcos is not a hero but that does not disqualify him from being buried at the Heroes’ Cemetery.

“The Supreme Court has spoken. Let us uphold the ruleof law,” he added.

Estandarte said they got a permit from City Hall for them to hold a rally at Plaza Independencia.

Read Next
Bonifacio was a hero, Marcos was not – Akbayan rep