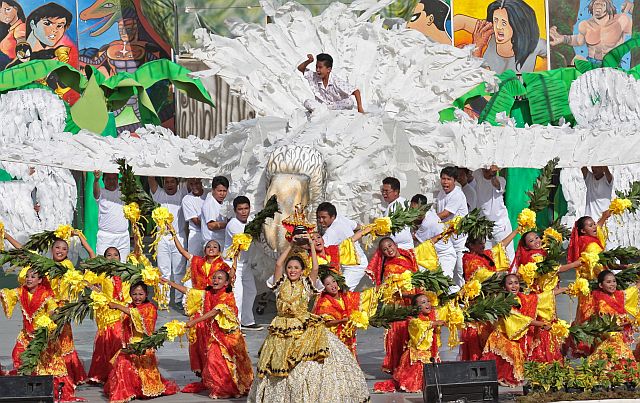 Twenty finalists will vie for three titles in the Sinulog sa Kabataan sa Lalawigan and Sinulog sa Barangay in the 2017 Sinulog Festival that organizers hope will bring to the audiences, as well as the judges, fresh concepts and new elements to their dances.

The official rosters for the 2017 Sinulog sa Kabataan sa Lalawigan and Sinulog sa Barangay were announced in the evening of Nov. 29 by the Sinulog Foundation Inc.

For the Sinulog sa Kabataan sa Lalawigan, elementary division, the finalists are students from Naga City, Talisay City, Lapu-Lapu City, Bogo, Danao, and Ginatilan; while the towns of Tuburan and Asturias, and Carcar City are the final performers for the high school division.

“During our meeting with finalists, we gave them tips for their dance such as providing fresh and new concepts to our judges, because the judges and even the spectators will always remember those who will stand out,” said Ricky Ballesteros, executive director of Sinulog Foundation Inc.

The Sinulog sa Kabataan sa Lalawigan will be staged on Jan. 7 while that of the barangays will be held the next day. The festival, held every third week of January in honor of Cebu’s patron, Señor Sto. Niño, will culminate on Jan. 15.

“Our lineup of judges are already final and affirmed, and all four of them are key people in the arts and culture committees of the country such as the National Commission for Culture and Arts (NCCA),” he said.

The official announcement of the finalists for the two competitions also marked the start of preparations and operations for the grandest festival in the country.

With a month and a week left to prepare the dance presentations for the youth and barangay Sinulog parades, Ballesteros said he expected the finalists to begin their preparations and choreography within this week. Organizers for Sinulog 2017 are set to hold another meeting with the representatives of the finalists on Dec. 7 to determine the participants’ progress.

“Despite the tight schedule, we hope they can pull this one with the best of their efforts especially that it’s nearing the Holiday breaks for December. It may give the students ample time to practice and do their costumes and dance,” Ballesteros said.

He likewise revealed that plans for the fluvial procession across the Mactan Channel, to be held starting at 6 a.m. on Jan. 14, the eve of the Sinulog Festival, have been set.

“We (Sinulog Foundation Inc.) met with the Cebu station of the Philippine Coast Guard (PCG), Marina (Maritime Industry Authority) and the Sto. Niño Foundation in Lapu–Lapu City and discussed the dos and don’ts during the fluvial parade, and security measures for the fluvial parade,” Ballesteros told Cebu Daily News.

He added that the PCG and Marina have been granted complete discretion on mapping crowd control schemes for the fluvial procession, which reenacts the coming of the Spaniards on board “galleons” to Cebu shores.