TOM N TOMS: Perfect spot for a cup and a chat 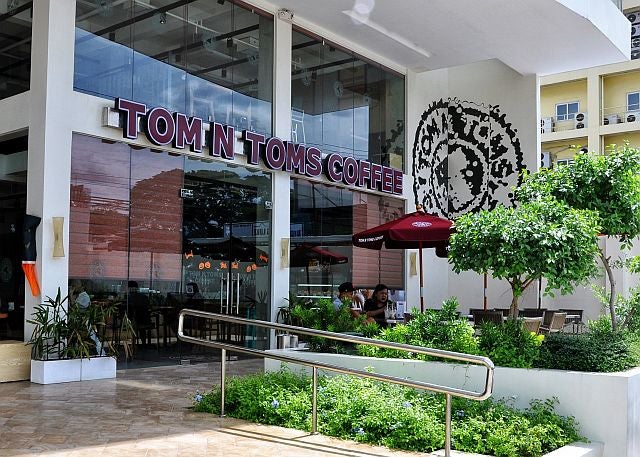 IT’S EASY to tell that you’re in a Korean café. You can’t miss the cute, thematic interior design, low wooden tables, colorful Post-it notes on a wall, groups of mainly students and young adults in a huddle or studying, and TV monitors playing K-pop videos on loop.

This 200-square-meter coffee shop situated at The Greenery in Barangay Mabolo, Cebu City, has a clean, no-nonsense approach to design, color and furniture — cozy but contemporary. And yes, the logo, facade, layout and interior design almost feels like that popular American coffee shop. It serves a variety of snacks to go with your beverage like freshly baked soft pretzels and sandwiches.

“My wife Sheryl and I were on our way to Boracay when we made a side trip to Bacolod to visit my in-laws. On that night, they brought us to Tom N Toms, and I was impressed by everything about it that I wanted to bring the idea back home to Cebu,” Tom N Toms Coffee general manager Jay Alba tells us.

Tom N Toms Coffee is a coffeehouse chain based in South Korea, one of the top three chains based on number of stores.

It took almost a year of negotiations with Peter Kim, master franchisee of the coffee chain, to set it up in the Queen City of the South, the second branch in the Philippines. And so Tom N Toms opened its doors to coffee lovers in Cebu last September. 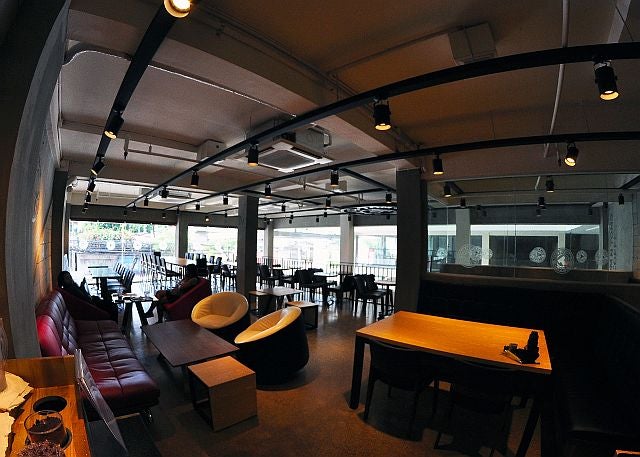 According to Jay, he was struck by the unique ambiance of this Korean coffee shop, from its minimalist interiors to the assorted food and beverages.

And the menu? “It’s patterned after the Koreans’ preference—kind of sweet and not too strong,” he said.

Several types of coffee are on the menu as basic beverages in addition to non-coffee beverages and desserts. Two bestsellers are the lattes and Tommccinos. They also have fresh yogurt smoothies and blends, including teas. For more adventurous taste buds, try the baked sweet potato latte, the red ginseng latte, or the taro milk tea.

At the counter going over the drinks list, the baker on the other side put on a little show forming the pretzel dough and putting a thin filling inside before finally putting it in the oven for baking.

Pretzels are priced from P100 to P170, depending on the flavor. I had a peperoni pretzel that looks like four interconnected parts forming a little bended chubby stick that tasted like pizza. 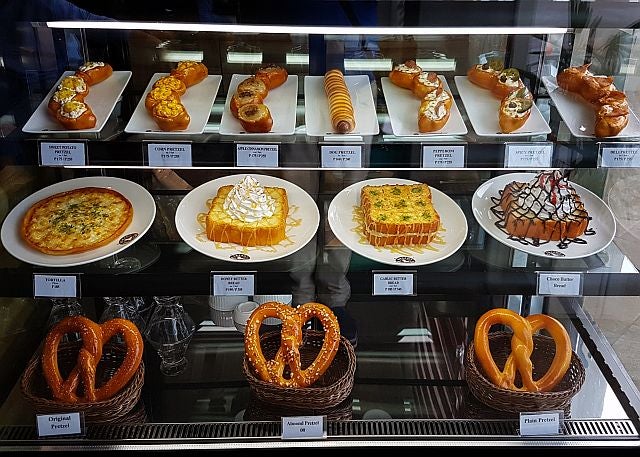 Also a popular choice are the fancy toasts like the garlic butter bread and the honey butter bread.

The coffee shop has a mezzanine floor with a function room that can accommodate 10–12 persons. It can be used for a consumable fee of P2,000.

Clearly, young people like having their coffee in a public space. Here at Tom N Toms, they can find their perfect little corner to spend a lazy afternoon or a cold night to catch up with friends or on their reading 24/7.