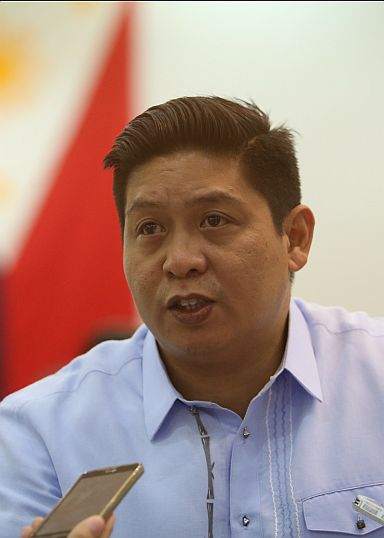 Provincial Board (PB) member Celestino Martinez III returned to attend last Monday’s session three months after serving his suspension for an administrative case lodged against him in 2004.

In a privilege speech, Martinez railed against his political foes whom he blamed for trying to destroy his reputation and his family even when he was a mayor in Bogo town.

Martinez questioned the timing of the suspension order issued by the Ombudsman against him, saying it was done barely two months before the 2016 barangay elections scheduled last October.

Martinez, who sits as representative of the Association of Barangay Councils (ABC) in the PB, said the order came just days before the Ombudsman granted his motion for reconsideration last August 10 which he only received last November 29.

Martinez was charged along with his mother, former congresswoman Clavel Martinez, his sister, Maria Cielo Martinez, and four others for the alleged misuse of P6 million worth of pork barrel funds to purchase fertilizers for rice and corn.

The Bogo City government bought the fertilizers from a non-accredited organization using undated disbursement vouchers signed by Martinez when he was mayor.

The organization called Sikap Yaman failed to account for the funds as well as submit accomplishment reports on the project.

Martinez said he considered it fortunate that the Ombudsman order calling for his dismissal from office in relation to the fertilizer scam was “lost in circulation.”

Martinez said if the barangay election was held last October, he would have been unable to seek a second term.

“But as I would believe that through divine intervention, God stepped in and told President Digong to postpone the barangay election for another year despite being opposed to the idea at first,” he said.

The administrative case against Martinez was later dismissed “for lack of administrative jurisdiction” as he was no longer a public official at the time the complaint was filed.

“Since respondent Martinez was no longer a public official at the time the complaint was filed, this Office is divested of administrative jurisdiction over him,” the order read.

Provincial director Jerome Gonzales of the Department of Interior and Local Government (DILG) said Martinez will have to inform the Sangguniang Barangay, where he belongs to, that the case was dismissed against him.