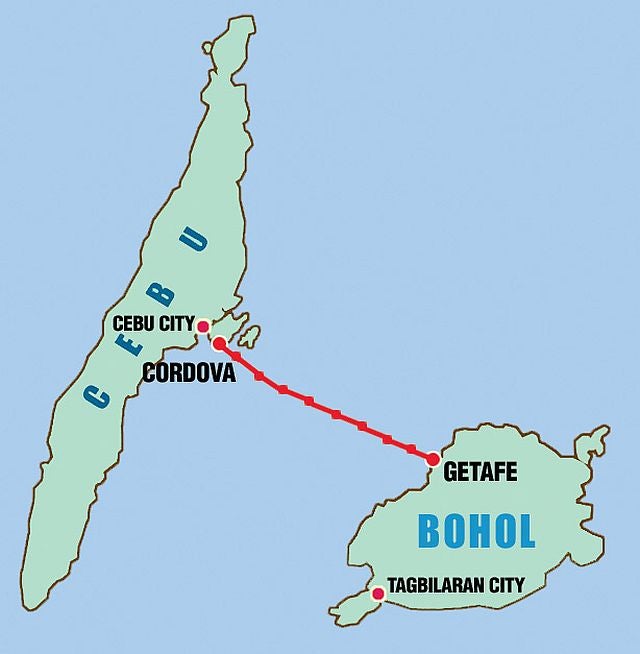 CEBUANO business leaders are looking forward to the planned Cebu-Bohol Friendship Bridge, a project which they said will help spur the economies of the two neighboring island-provinces.

Gordon Alan Joseph, president of the Cebu Business Club (CBC), said that if his project materializes, its benefit to tourism will also be significant as it would create better supply chain synergies between resource-rich Bohol and Cebu’s more mature markets.

“I think this is an excellent project, and for it to succeed, I do hope they design it to be able to withstand serious earthquakes and typhoons,” he said.
The proposed 22-kilometer bridge will be from Getafe town in Bohol to Cordova on Mactan Island in Cebu.

Mandaue Chamber of Commerce and Industry (MCCI) President Glenn Soco described the project as a monumental undertaking that will bring good to the local economy.

“It will enhance trade and commerce between both provinces,” he said.

Soco said this has been a long-standing proposal of the Central Visayas Regional Development Council (RDC-7), and it was about time that the project finally moved forward.

Edilberto Mendoza, president of the Cebu Association of Tour Operators (Cato), said that once the bridge is fully operational, the two provinces can expect an improvement in their respective tourism industries.

“Connectivity has always been a hindrance to tourism in both provinces,” he said.

Based on a report from the Department of Tourism (DOT), Central Visayas welcomed a total of 3.16 million tourists within the first seven months of this year. Cebu had the bulk of regional tourism arrivals, with 2.3 million visitors; followed by Negros Oriental, with 402,405; Bohol, with 402,246; and Siquijor, with 54,788 arrivals.

Department of Trade and Industry (DTI) Cebu Provincial Director Ma. Elena Arbon welcomed this development as it will improve the flow of goods, people and tourists between the two provinces, especially in instances when sea travel between Cebu and Bohol becomes difficult.

“Whenever there are storms, Bohol is always cut off. There are no trips on big and small boats, and planes from Cebu. Supplies from Cebu are cut off as well,” said Arbon, who served as DTI Bohol director from 2005 to 2015.

While Bohol already has an international airport on Panglao Island, many foreign and domestic visitors still opt to travel by plane to Cebu due to the number of available direct flights, and then travel by sea to Bohol.

Arbon said that with a bridge in place, tourists will be able to choose either the Mactan-Cebu International Airport Cebu or the Panglao Airport as their point of entry and travel between the two islands via the bridge.

Both provinces are known for pristine white-sand beaches and famous natural attractions, so it will be easier for visitors to move from one place to another with improved accessibility, she added.

Arbon also said that Bohol will benefit more than Cebu in terms of commerce from this project.

She explained: Bohol gets its gasoline and cement, among others, from Cebu, which is cheaper than what local suppliers offer. With the link between the two provinces, prices of these materials are seen to drop further.

“This is a very good development,” she added.

But while the prospect of a link between the two provinces is exciting, it is too early to tell when the project will be finished.

Efren Carreon, National Economic and Development Authority Central Visayas (Neda-7) director, said the project has no timetable yet since it will still have to undergo a feasibility study.

“The proposal for the study has yet to be awarded to a team of consultants,” he said.

The study, he said, will outline the timeline and will be approved by the government through the Neda Board once completed. Only then will the government be able to bid out the implementation of the project.