Moment of truth for ALA’s Sultan 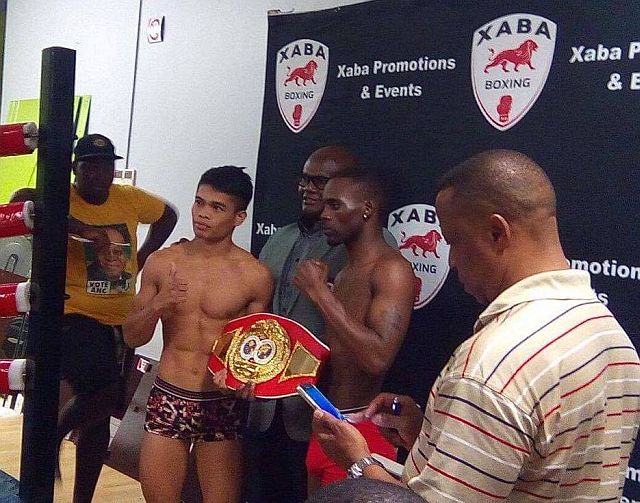 ALA Boxing’s Jonas Sultan and South African Champion Makazole Tete during the weigh in for their title bout today in South Africa. (CONTRIBUTED).

All is set for the fight between ALA Boxing Gym’s Jonas Sultan and South African Champion Makazole Tete after both boxers made their respective weights yesterday in South Africa.

Though this is the first regional title fight for the Cebu-based Zamboangeño, Sultan is not new to fighting abroad. The 24-year-old has already fought twice in Japan. He holds a record of 11 wins with seven knockouts and three losses.

Sultan was supposed to fight for the International Boxing Organization (IBO) World super flyweight title against former champion Gideon Buthelezi of South Africa last Nov. 25 but it was cancelled due to problems with the production team.

Tete sports a record of 15 wins (11 knockouts) to go with a single loss and two draws. He won the IBF Intercontinental title last July against Filipino Raymond Tabugon in Eastern Cape, South Africa.

Sultan will be his third Filipino opponent as he also won over Renz Rosia last year for the IBO intercontinental flyweight title.