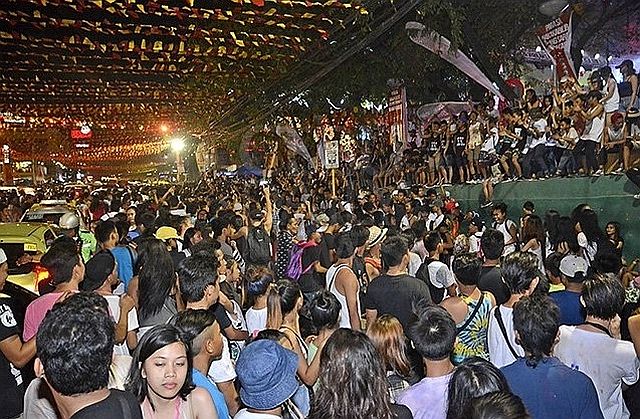 Persons engaging in violent acts especially those who are drunk during the Sinulog Festival will be arrested by police and will be sheltered inside the prison vans.

Cebu City Disaster Risk Reduction and Management Office head Nagiel Bañacia said the mobile jail will be provided by the Bureau of Jail Management and Penology.

Bañacia said that if people will go beyond their limits and cause trouble during the Sinulog, they will surely end up in prison vans.

“We recommended this to the police based on previous experience and debriefing,” he said.

Also, Bañacia said they will put these vans along General Maxilom Avenue and Juana Osmeña Street where an alleged stampede was reported last January.

They will also put a command post there. The alleged stampede was caused by the huge crowd that converged in the area for a post-Sinulog street party.

To avoid the same incident to happen, Bañacia said they will no longer issue permits to establishments that want to host street parties.

He said this is a warning to all the establishments. The organizers of the event will also be held liable if they will not follow the plans of the city.

“Example, you have a bar or a restaurant and you are converting your parking space into a party place, no, that is not allowed,” he said.

Bañacia advised the public to rethink their plans. He added that they are doing these initiatives to control untoward incidents and preserve the image of the festival. He said their team does not want to receive a negative report on the event.

“We don’t want Sinulog to be remembered as chaotic. We will make it sure that the Sinulog will still be known as the best festival in the country, not the worst in terms of peace and order and security,” Bañacia said.

The Sinulog Grand Parade is expected to end as early as 4:30 p.m.