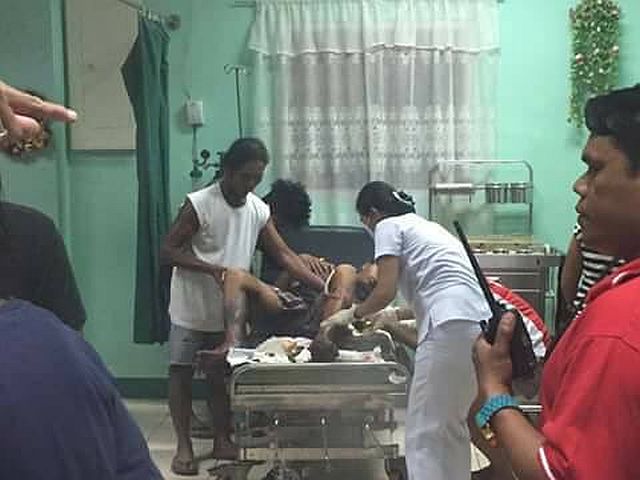 : Blast victims are being treated at a local hospital in Hilongos, Leyte (INQUIRER).

TACLOBAN CITY–An explosion was reported in the town plaza of Hilongos in Leyte past 9 p.m. on Wednesday where a boxing event was in progress as part of the town’s fiesta celebration.

Initial report received by the office of Leyte Gov. Dominico Petilla showed that at least 27 were injured –two were in critical condition –during the bombing at Rizal Plaza in the town proper.

There were reports that at least 10 people were killed but the governor’s office could not confirm this.

The police had yet to determine the motive of and the persons behind the explosion.

Read Next
AFTER ALL, LACION