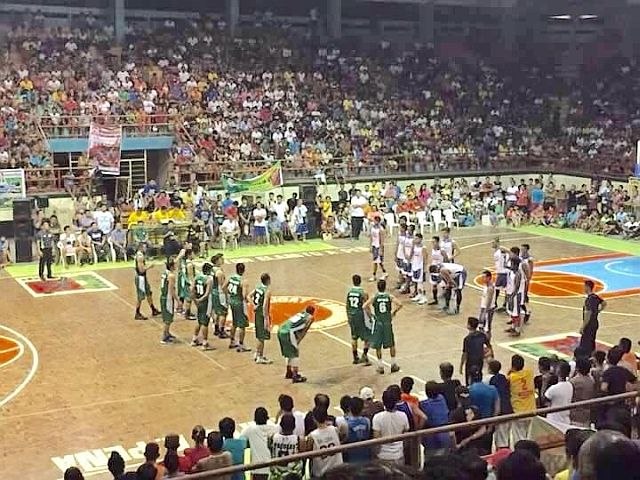 The Minglanilla Sports Complex in southern Cebu is filled to the rafters in one of the games of the Emil’s Cup Basketball Tournament last year. A scene like this is one of the wishes for this year of Cebu’s basketball aficionados. (CONTRIBUTED PHOTO/VAN HALEN PARMIS)

While 2016 was a great year for Cebu basketball, it was far from a banner one.

With the new year starting, several of the city’s most distinguished basketball patrons shared their two cents on what they want for the local basketball scene in 2017.

The most resounding request was a clamor for more basketball tournaments for the collegiate, high school and even the grassroots level.

“With the help of the city, we can stage basketball tournaments that will be independent from the Cesafi. And we can get professional and technical people to run the tournament,” said Alcoseba, one of the most successful basketball minds from this part of the country.

Mike Reyes, SWU-Phinma’s athletic director, wished that the PBA D-League will push through here in Cebu.

“I hope the D-League or any other regional basketball tournament pushes through,” said Reyes, the brother of current Gilas head coach Chot Reyes.

University of the Visayas (UV) head coach Gary Cortes echoed the sentiments of his counterparts in the Cesafi, as he reasoned that more tournaments would mean more chances for players to grow and develop their skills and confidence.

Commercial hoops a must

“My wish for Cebu basketball is to have somebody who can organize commercial leagues regularly, and to have corporate sponsors who can back teams up. As a coach, we hope to discover new talents from different places,” said Cortes, who led the Green Lancers back to the throne in the Cesafi collegiate tournament this past season.

Cortes also wanted local players to expand their games and remain loyal to the schools that gave them their shot in spite of the “juicy” offers being dangled by different Manila schools.

Rico Navarro, the athletic director of the mighty Ateneo de Cebu and founder of the Cebu Youth Basketball League, also shared his basketball wishlist for 2017.

“More Cebu products in the PBA; Cebu Youth Basketball League products in the biggest school leagues, competitive parity in the Cesafi, and a start-up league that can later become Cebu’s commercial league.”

Two-time Cesafi juniors MVP Jed Colonia also hoped for the local basketball scene to grow and expand so that players like him can have more opportunities to showcase their talent.

Meanwhile, Cebu First District Representative Gerald Anthony “Samsam” Gullas said that he is hopeful that social media can be used to elevate the sagging popularity of the Cesafi.

In a lengthy message to this writer, Gullas outlined the ways that social media can be used to help the league reach its full potential.

“I just want it to reach its full potential. Honestly it is much difficult now without the presence of stars who decided to move elsewhere. But I truly believe in the capabilities of the league. As I have learned in one of the leagues I handle in my district, social media is very important to increase awareness for your league,” said the young sportsman and politician.

“I wish for Cesafi to invest in a massive social media campaign to increase awareness for the league. I miss the days of UV versus USC where you were sweating just as much as the players because it was full packed. I miss the days of UV versus USJ-R where people from all walks of life came to watch the game because it was so competitive because all games were decided by a point. I miss the UV versus UC rivalry where stars such as (Greg) Slaughter and (June Mar) Fajardo were the difference between a championship and second place. We can have those days back. Gone are the days when even without advertising and even without social media campaign to increase awareness, people would automatically go to watch the games.”

Read Next
Pantino advances to second round