Provincial Capitol: Of prison breaks and other problems Elite policemen were called on to augment security at the Cebu Provincial Detention and Rehabilitation Center (CPDRC) amid reports that a group was poised to spring out confessed drug lord Alvaro “Barok” Alvaro and that contraband continues to slip inside the province-run jail. The 20 members of the Provincial Public Safety Company (PPSC) of the Cebu Provincial Police Office (CPPO) were stationed at CPDRC last August as the jail heightened its security status with movements of prisoners closely monitored. (CDN PHOTO/TONEE DESPOJO).

Known globally as the jail facility that houses the dancing inmates, unknown to the world, the Cebu Provincial Detention and Rehabilitation Center (CPDRC) has been plagued with various issues: from the escape of inmates, to the continued presence of contraband items like laptops and cell phones, to the deaths of at least eight prisoners in the month of July alone.

Toral, in an interview, would not elaborate, but his resignation came amid orders by Davide for provincial authorities to investigate the goings on inside CPDRC.

Asked to comment on Toral’s resignation, Davide explained that Toral, the province’s jail consultant since 2013, could no longer handle the pressure especially after the incidents.

Inmates were deeply saddened by the resignation of Toral whom they described as very “encouraging.”

“We’re very much in grief because whenever we have problems, we can easily approach him,” said Lito Granada, the designated “mayor” of the close to 3,000 CPDRC inmates, in Cebuano.

“It was different before in terms of our food, our privileges, including allowing family visitors to stay overnight as well as the livelihood programs,” he added.
Dr. Gil Macato now sits as the acting jail warden of the CPDRC.

Macato also had his share of issues such as the escape of 26-year-old inmate Efren Lariosa, who was suffering from stage 4 cancer.

Lariosa managed to escape last Nov. 26 while being admitted at the Vicente Sotto Memorial Medical Center. He was recaptured two days later.

To improve security measures, the CPDRC management installed a new computerized jail management system which will get the inmates’ profile as well as biometrics data and database of jail visitors.

Macato said that the new system will help them keep track of the prisoners’ records easily and monitor their visits.

The system will be fully operational by the first quarter of 2017.

By then, only visitors registered in their database would be allowed to enter the jail.

The deal that took two decades to finalize

Back in 1993, the Cebu provincial government enacted SP Ordinance 93-1, designating several parcels of land that it owned for direct sale to its actual occupants on installment basis.

The parcels of land are located all over the city of Cebu, particularly in 11 barangays: Apas, Busay, Camputhaw, Capitol Site, Kalunasan, Kasambagan, Lahug, Lorega, Luz, Mabolo and Tejero, with a total area of roughly 51 hectares.

Eventually, the period during which the properties could be sold to its actual occupants expired, with most of them unable to pay in full for their respective lots.

On the other hand, the city government, mindful of its mandate to implement the provisions of the Urban Development and Housing Act (UDHA) within its territorial jurisdiction and its role to uplift the lives of the poor and the marginalized, as well as with its goal of securing the abode of its constituents through its socialized housing program, undertook to extend assistance to the beneficiaries of the sale of properties under the 93-1 ordinance.

In light of the situation, the city and provincial governments then undertook to transfer and exchange properties that they respectively own, which they deemed to be advantageous to its constituents, in what was later dubbed as the “93-1 land swap deal.”

Under the memorandum of agreement that covers the land swap deal, the city government undertakes to provide assistance to the province by donating properties owned by the city.

For the city’s part, they will transfer to the province its Block 27 properties, located in North Reclamation Area (NRA), with an area of 3.3 hectares; the Septage Treatment Plant, consisting of 13,711 square meters and city abattoir with 2,476 square meters, also in NRA; a portion of the city’s South Road Properties consisting of 2.5 hectares; and the city’s Pulpogan Property located in Consolacion, Cebu, with an area of 9 hectares.

In addition to the property swap, it was also provided under the agreement that the final settlement of the civil case filed by the city against the province involving a property inside the DA compound will be initiated and the Cebu City Zoo, consisting of 7 hectares, will be turned over to the province. 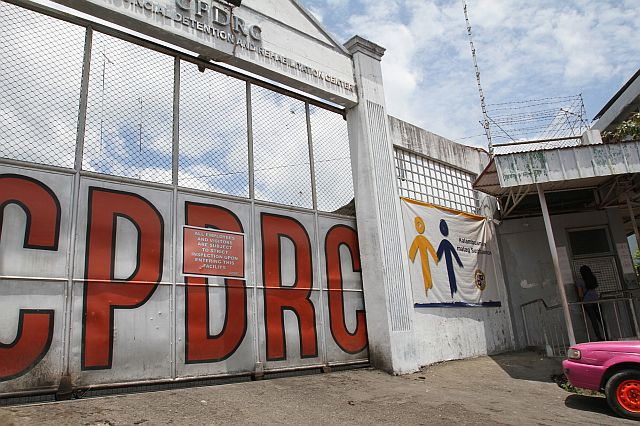 During its last regular session for the year on December 19, the 14th Sangguniang Panlalawigan approved the resolution granting authority to Davide to enter into a memorandum of agreement with the Cebu City government regarding the 93-1 land swap deal.

And in a historic move that finally sealed the deal after more than two decades, the Cebu City Council, on mass motion, likewise approved its resolution authorizing Cebu City Mayor Tomas Osmeña to sign the land swap deal with the provincial government in order to resolve the 93-1 lot dispute issue.

Indeed, it was a very merry Christmas for the beneficiaries under the 93-1 land swap deal as they can now rest easy knowing that the fate of the properties they have been occupying over the years is finally anchored on sure grounds.

Davide, commenting on the recent turn of events, said that he was grateful that after all these years, the 93-1 issue was finally resolved although there is still more work to do.

The Provincial Capitol is looking at developing the properties that the city would cede to the province under the agreement to make them “income-generating,” and studies will be conducted on how best to develop and maximize their use.

After almost two years since it was initiated and with the first bidding subsequently declared a failure, the Cebu provincial government is finally moving forward on its procurement of equipment for the construction and maintenance of provincial roads.

In a vote of 8–4 and with 2 abstentions, the 14th Sangguniang Panlalawigan approved the resolution authorizing Davide to enter into a contract with the joint venture of ConEquip Philippines Inc. and RDAK Transport Equipment Inc. which was declared as the lowest bidder among four other companies that either did not push through with the bidding or was disqualified by the Bids and Awards Committee (BAC).

ConEquip / RDAK is set to supply the province with various brand-new construction light and heavy equipment amounting to P227.4 million.

Allegations of rigging plagued the procurement process from the beginning. Some of the Inmates of Cebu Provincial Detaintion and Rehabilitaion Center (CPDRC) watch their co-inmates behind bars .(CDN PHOTO/JUNJIE MENDOZA)

The first bidding was held in 2015, with ConEquip declared as the winner despite submitting a higher bid than others.

Davide subsequently declared a failure of bidding, citing public interest and a need to dispel all doubts on the integrity of Capitol’s procurement process.

But only ConEquip-RDAK and D Limitless attended the actual bidding.

ConEquip-RDAK was eventually declared the winner after submitting the lowest bid and complying with Capitol requirements.

The 2017 budget and what lies ahead

During its last regular session for the year, the Provincial Board likewise approved the 2017 annual budget appropriating the total sum of P3,622,590,799.55 for the general fund.

The executive department is also given a bigger budget of P30 million for medical supplies, higher than the 2016 approved budget of P23 million.

Reflecting on what his administration was able to do over the year, Davide said that these are not “achievements” as of yet but “works in progress.”