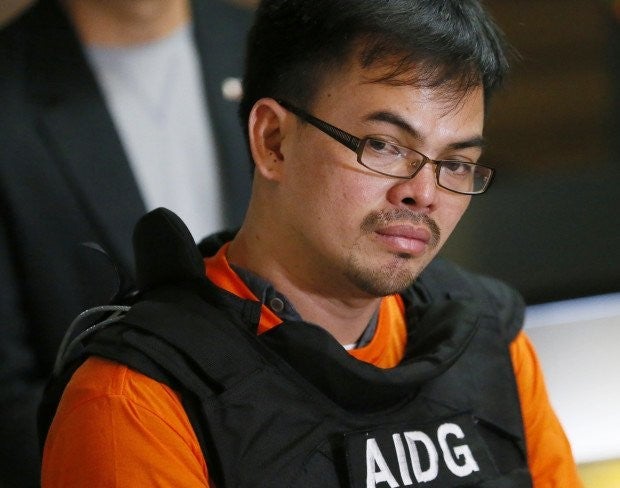 ALBUERA, Leyte –Two trusted henchmen of suspected drug lord Kerwin Espinosa were arrested by the police in separate operations in nearby Ormoc City on Saturday morning.

First to fall was Brian Anthony Zaldivar who was cornered by the joint police forces at the house of his live-in partner in Barangay Luna, Ormoc City about 7:07 a.m.

An hour later, Jesus Tulin was cornered in his house in Barangay Macabug, Ormoc City.

The two were detained at the Albuera police station pending their transfer to the Leyte sub-provincial jail in Baybay City.

Tulin and Zaldivar were subjects of arrest warrants issued by Judge Carlos Arguelles of the Regional Trial Court Branch 14 for murder.

No bail was recommended in warrant that also included Kerwin, the biggest drug lord in Eastern Visayas who was brought back to the country following his arrest in Abu Dhabi in October last year.

The three were accused of killing Gregorio Velarde Sr., who was shot dead several times in 2015, several meters away from the Zellan Resort Hotel owned by the Espinosas.

Velarde was shot dead along the highway in Barangay Talisayan in Albuera while waiting for a bus.

Velarde was a caretaker of a beach house located near the resort being built by Espinosa at that time.

He caught the ire of the alleged drug lord when he complained to the barangay that the resort’s construction workers used his beach house as their toilet.

Zaldivar was among the witnesses of Chief Inps. Jovie Espenido, former Albuera police chief who was reassigned to Ozamis City in the cases he filed against Espinosa’s alleged protectors.

But Zaldivar retracted his testimony saying he was just forced to sign the affidavit due to the insistence of Espenido.