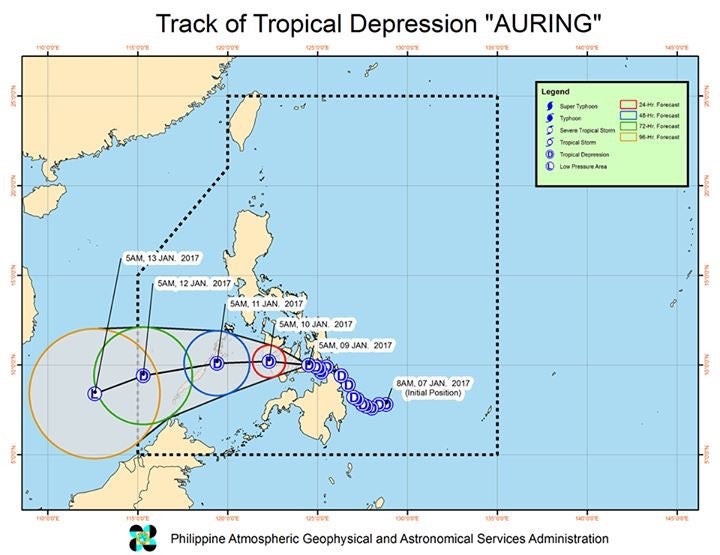 Storm path of tropical depression Auring posted by DOST-Pagasa as of 8 a.m. on Monday.

Tropical depression Auring made its second landfall at 4 a.m on Monday over Ubay, Bohol.

“The southern part of Cebu will experience moderate to heavy rains which can cause floods and landslides,” she said in a phone interview.

At 7 a.m today (Monday), Auring was in the vicinity of Talibon, Bohol or at 40 kilometers Southeast of Mactan, Cebu.

Read Next
The ‘conspiracy’ to oust Duterte